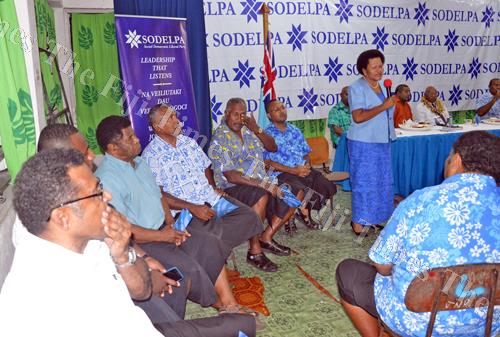 AFTER serving the Social Democratic Liberal Party as its general secretary for the past three-and-a-half years, Adi Litia Qionibaravi has decided to step down from the position after the party’s annual general meeting next month.

Adi Litia’s contract does not expire until February next year.

The SODELPA GS says she intends to concentrate on her role as a Member of Parliament and on serving her constituents.

Adi Litia described her term as GS as a rewarding and challenging one.