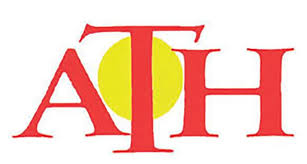 This was announced by ATH via a market announcement to the South Pacific Stock Exchange (SPX) last Thursday as it welcomed ADB as a “cornerstone investor and key partner” in its PNG venture.

According to the ATH, this investment from ADB is a great endorsement for the project and it looked forward to working with the bank to deliver superior technology and services to its customers in PNG.

It states that PNG is the Pacific region’s largest but least-developed telecommunications market, with only 11 per cent of the population having internet access.

In the market announcement, Infrastructure Finance Division Director for Southeast Asia, East Asia, and the Pacific at ADB’s Private Sector Operations Department Jackie Surtani said this investment showed their continued efforts to deliver essential and affordable infrastructure services to the people of PNG.

“Improved mobile services in PNG will increase domestic and regional connectivity and serve as a powerful access tool for other sectors of the economy such as telemedicine, education, and banking,” Mr Surtani said in the statement.

The company believes that boosting digital connectivity in low-income communities, especially in rural and remote villages, will spur economic opportunities and provide better access to digital services in finance, public health, and education.

The ATH said Vodafone Fiji – being its largest subsidiary – would manage the project rollout and subsequent operations in PNG.

“This agreement represents another milestone in the expansion strategy of the Group, consolidating ATH´s interests in the Pacific and reinforcing its presence as one of the key telecommunications operators of the region with an ambitious growth strategy, without losing focus of the organic growth that underlies the sustainability of the project in the medium and long term,” the ATH stated.