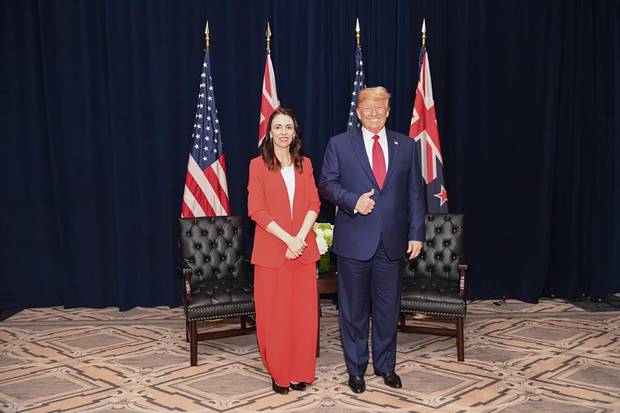 I write this, the United States is exploding in a firestorm of frustration and anger at deeply entrenched structural racism.

Apart from heaping fuel on that fire, President Trump continues to insist that the COVID-19 pandemic was the fault of China and barely remarks at the leadership failures that has clocked 100,000+ deaths in his country.

Meanwhile, backhome in Fiji, we are told it was an act of God.

Pretty much everything else is apparently the fault of the media (#NoComment).

I’ve known about acts of God for quite a long time.

Initially, I got it confused with the wrath of God which is what my mother, the dreaded Violet, would visit upon me for flagrant breaches of approved behaviour.

In those days we knew nothing about calling the Social Welfare or Child Helpline, we just ran until things calmed down a bit.

Not that Violet was a brutal parent, she had a lovely smile.

But the possibility of what she could do if she didn’t love me so dearly kept me in line.

Later I formed an understanding that acts of God were something that devious insurance companies employed in the small print to refuse to pay up on claims.

I often saw the hand of God in spilt cups and pieces of broken glass that mysteriously appeared in places I had once been.

The first time I remember it happening I was still a little kid and my favourite radio program (no television in those days) was ‘Kindergarten of the air’.

I and my mate Jane were skipping about the living room pretending to be floating fairies or rampant ponies in direct defiance of Violet’s decree that we were to stop thumping around.

Now I understand the torture of listening to small children running on wood floors.

Even pussy cats can sound like they are stomping. (Mind you, our succession of cats may have a reason for stamping their tiny paws, but they were a badtempered lot.)

Whatever, we ignored Violet as much as we dared and finally departed the living room when the program ended.

Imagine our horror when Violet sternly demanded our presence back in the room and pointed to a glass vase lying on the floor, obviously and irretrievably broken.

We didn’t have a cat at the time so as usual, the blame fell on me and Jane; mostly me, as an only
child who was always responsible for everything.

I insisted we had not knocked the vase off the little round table, it wasn’t us, it must have been the hand of God, or as some might say, an act of God.

I went to Sunday school at that time and had a coloured sticker to prove it, so I knew such things.

Violet, who was once in the Methodist band of Hope but who knows squat about physics, knew enough to say that us thumping around the table had wobbled it enough for the vase to tip-off.

It was no use pointing out that in that case I really did know whom to blame, and it wasn’t me,
Jane or God – it was my grandfather.

He worked in wood and occasionally made things for the home, such as wooden goblets and candle holders. (Some candleholders, which turned out to be a 21st birthday present for Violet, also came to
a bad end when I left the candles burning and charred the top of one and half-burnt the other.
Again, not my fault grandpa made candle holders out of flammable material.)

His table was the bane of my life. Its base was too small for its top and it was constantly wobbling
and tipping things over.

I disliked it as intensely as it is possible to feel animosity for an inanimate object, yet it remained in my life long after the maker died and even after dear old Violet passed.

I fear it is still in the garden shed but at least it is not haunting the living room.

So it was quite clear grandpa was to blame for the broken vase. Even a leader of a nation would know that.

I’m not clear on the relationship between grandpa and God, but I’m fairly sure he used to think they were interchangeable.

And speaking of people who think they’re God…There are so much uncertainty and fear about these days – a virus pandemic showing up underlying inequalities, a gathering economic storm and racism that continues to kill.

But what is clear, even to the over-70 set (*proud member since 2015), is that bad leadership makes it worse and good leadership helps us get through it so much better.

The world needs a little more Jacinda and a lot less Donald.

Or more godly acts of kindness and compassion and perhaps less enacted acts of God.

It is not unexpected that ordinary people, not just politicians, find things to blame for the situation
and say and do all sorts of dipsy things.

Such as attacking telecommunications towers because they apparently believed the 5G technology was spreading the COVID virus.

There is a little video doing the rounds that shows an extremely serious man purporting to speak for German psychiatrists.

He says that currently psychiatrists are being flooded with calls.

He calmly assures people that in this situation it is completely normal to talk to walls, flowers  and other items.

Please only call us, he says, when they are talking to you.