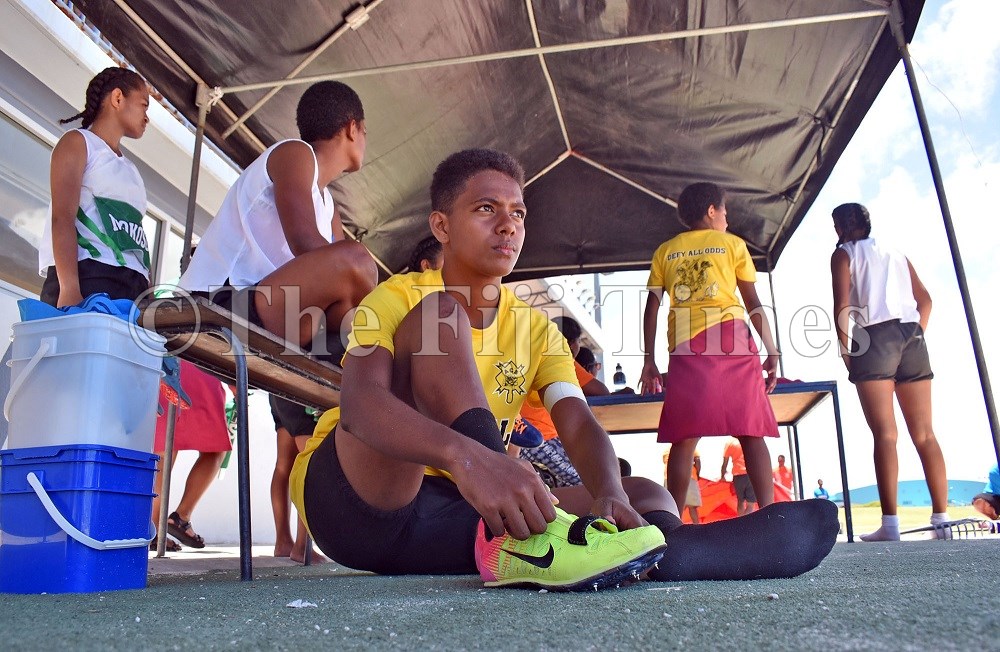 Jessie Vakaloloma during the Adi Cakobau School inter-house competition at the ANZ Stadium in Suva on Saturday. Picture: JONACANI LALAKOBAU

ADI Cakobau School medal prospect Jessie Vakaloloma is confident that with the school’s inter-house competition now done and dusted, they have what it takes to retain their title at the coming Triple-N Zone and the Coca- Cola Games.

The 19-year-old athlete from Natokalau Village in Matuku, Lau, said maintaining their momentum in how they prepare would be key to securing another successful athletics year.

“We are trying to improve our preparation from last year, until this year and we are doing good so far,” Vakaloloma said.

With some senior athletes moving on to other schools, Vakaloloma said they were undergoing a rebuilding phase yet preparations would be no different from other top schools in the competition.

“All schools are doing the same thing that we are doing right now, and we are all training for one aim in the zone and Coca-Cola Games.

“But we’re just going to try and improve towards the Triple-N Zone and we’ll see from there.”

Meanwhile, Kakala House was crowned champion of the ACS inter-house competition at the ANZ Stadium in Suva on Saturday.