Acid test for Dilkusha U17 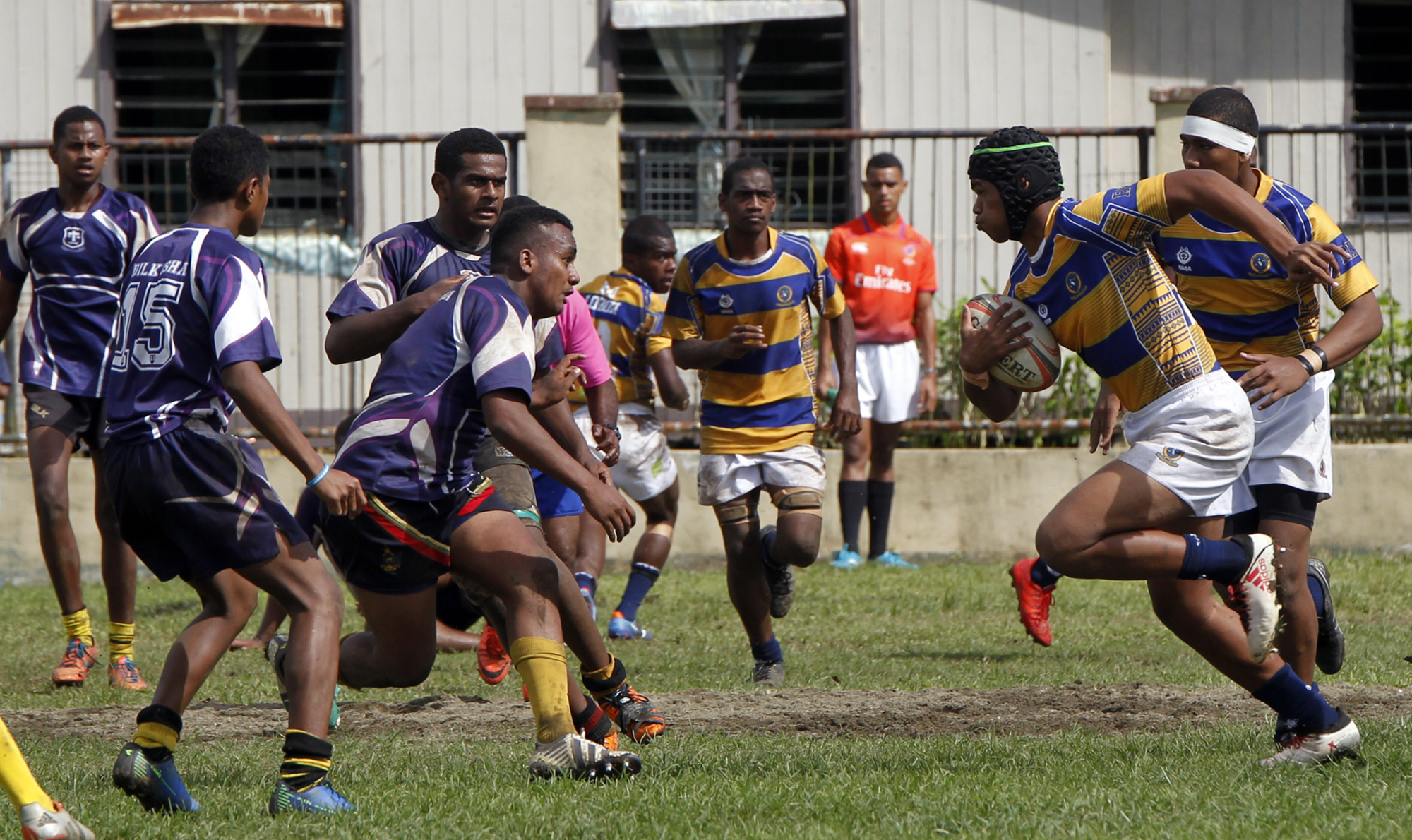 RKS U17 flanker Salia Dio runs the ball against Dilkusha in the Deans U17 grade at Sila ground yesterday. Picture: ATU RASEA

DILKUSHA Methodist High School, one of the new teams in the Fiji Secondary Schools Rugby Union (FSSRU) Eastern Zone competition is facing the wrath of some of the heavyweights of the annual competition.

The DMHS U17 side was thrashed 78-7 by Ratu Kadavulevu School at Sila Central High School ground in Nausori yesterday. RKS scored 12 tries and 9 conversions.

“They were a unbreakable side, but as soon as I saw the gap, I just ran for it and dived over. We are a young and new team, but I am pleased that we managed to score a try against RKS which is the champion,” Naiyaga said.

He is the nephew of former Fiji and Australia rep Qele Ratu, who was also a crack inside centre for Rewa in the 1970s.

“We have two losses so far and were against QVS and RKS, the powerhouses of the competition,” DMHS U17 coach Kameli Ulunikoro said.

He said even though they were newcomers, they had big hopes for the finals after their win in the opening round against Tailevu North College.

“We’ve lost two and it’s against the powerhouses RKS and QVS.

“They were heavy losses but we have learned well. This is our development year and most of our players are under-16. We have one more game and there’s a chance that we can make the quarter-finals pending on other results.”

“We’re hoping for the best,” he said.