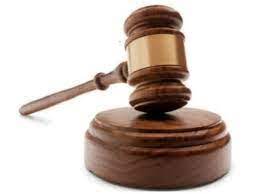 A man accused of causing the death of another man appeared before the High Court in Suva on Monday but it was found that charges have not been laid yet.

The court was told this when the matter of Samuela Rabuatoka was called before Justice Salesi Temo.

A prosecutor from the Office of the Director of Public Prosecutions said the State had yet to file a charge in the matter but had filed and served the disclosures.

She said the officer in carriage needed to clear some issues with the pathologist before finalising the charge.

She said the post-mortem examination report stated the death was caused by blunt force trauma.

She said Mr Rabuatoka was alleged to have punched the victim who fell and hit his head on the footpath resulting in his death.

Justice Temo said he was concerned as the accused was charged and produced in the Magistrates Court in September.

He said he could not keep an accused in custody for so long while the prosecution was undecided on the charge.

When bail was discussed, the prosecutor told the court there were witnesses to the alleged murder who all lived in the same area and there was a risk he would interfere with them.

She also said he had children living overseas and was a flight risk.

The defence counsel appearing on instructions asked the court for 14 days to respond to the prosecution’s bail submissions.

The accused was further remanded in custody and the matter was adjourned to February 13 (2023).