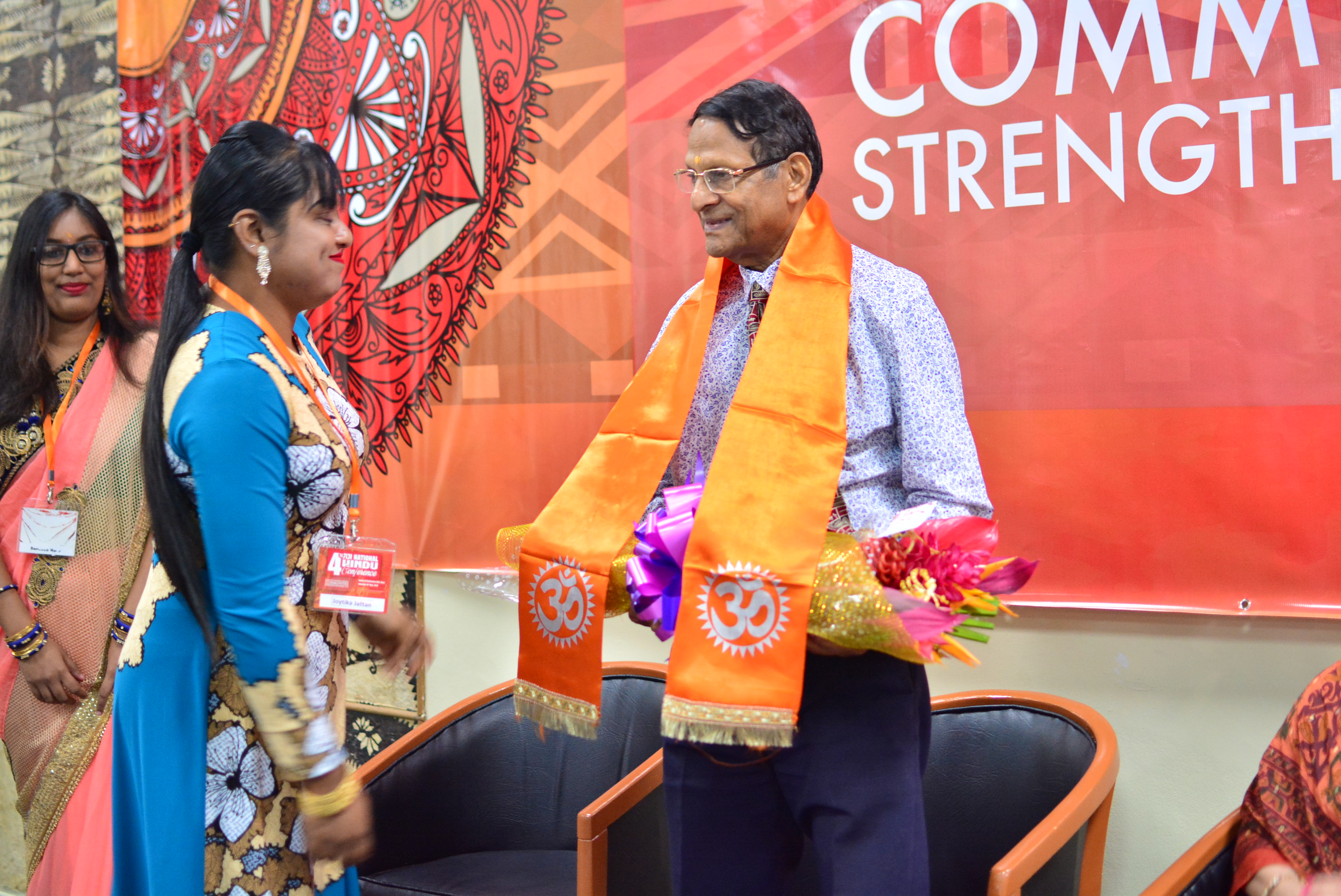 University of Fiji acting vice-chancellor Professor Subramani receives a sash and a bouquet of flowers upon his arrival at the 4th Fiji National Hindu Conference in Suva on Saturday. He said the lack of participation of youths in our community was a serious concern. Picture: JOVESA NAISUA

THE lack of participation of youths in our communities is a serious concern, says an academic.

University of Fiji acting vice-chancellor Professor Subramani highlighted this issue while speaking as chief guest at the 4th Fiji National Hindu Conference in Suva on Saturday.

Prof Subramani said the reality was that young people had lost touch with the realities of human life.

He said they had been influenced by a certain kind of addiction in digital gadgets, but in reality, they were lost.

“In reality, young people are getting out of touch with the realities of human life,” Prof Subramani said.

“It’s a very serious issue because young people are not participating actively in our community. They have started to distance themselves in an alarming way, their interest has been directed elsewhere.”

He said existence had become fragmented and every day human life had started to lose its support.

“The strange irony is that our planet is getting connected through technology, but in reality, humans are living in isolation.

“We have been brought together by technology, but humanity is breaking down.”

He said it was important that people gathered in large groups to discuss issues affecting their lives.