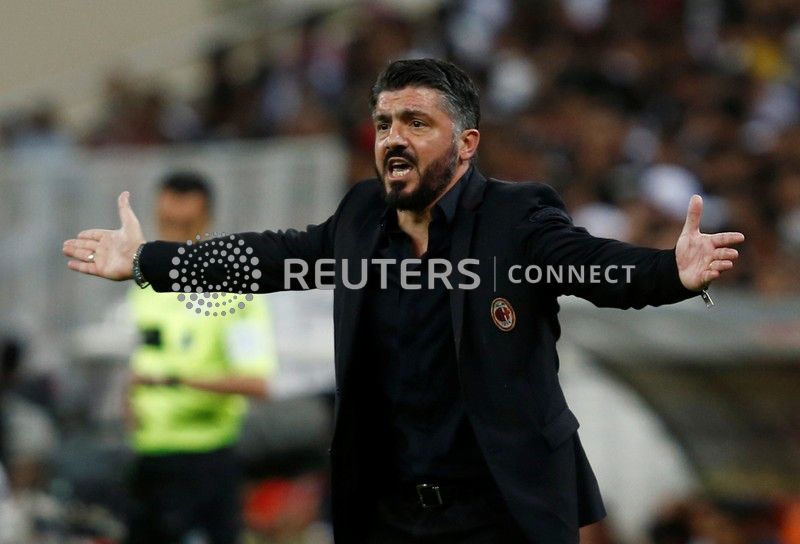 MILAN (Reuters) – AC Milan coach Gennaro Gattuso has been given a one-match touchline ban for threatening behaviour towards the referee at the end of his team’s 1-0 defeat to Juventus in their Italian Super Cup match on Wednesday.

Serie A said that “in a threatening manner, in the proximity of the referee, (Gattuso) loudly challenged one of his decisions as well subsequently, while awaiting the awards ceremony, addressing offensive and insinuating words.”

Gattuso will miss Milan’s Serie A match away to Genoa on Monday.

Milan had midfielder Franck Kessie sent off after a VAR review during the match in Jeddah, Saudi Arabia, and there were furious protests after they had a penalty appeal ignored late in the game.