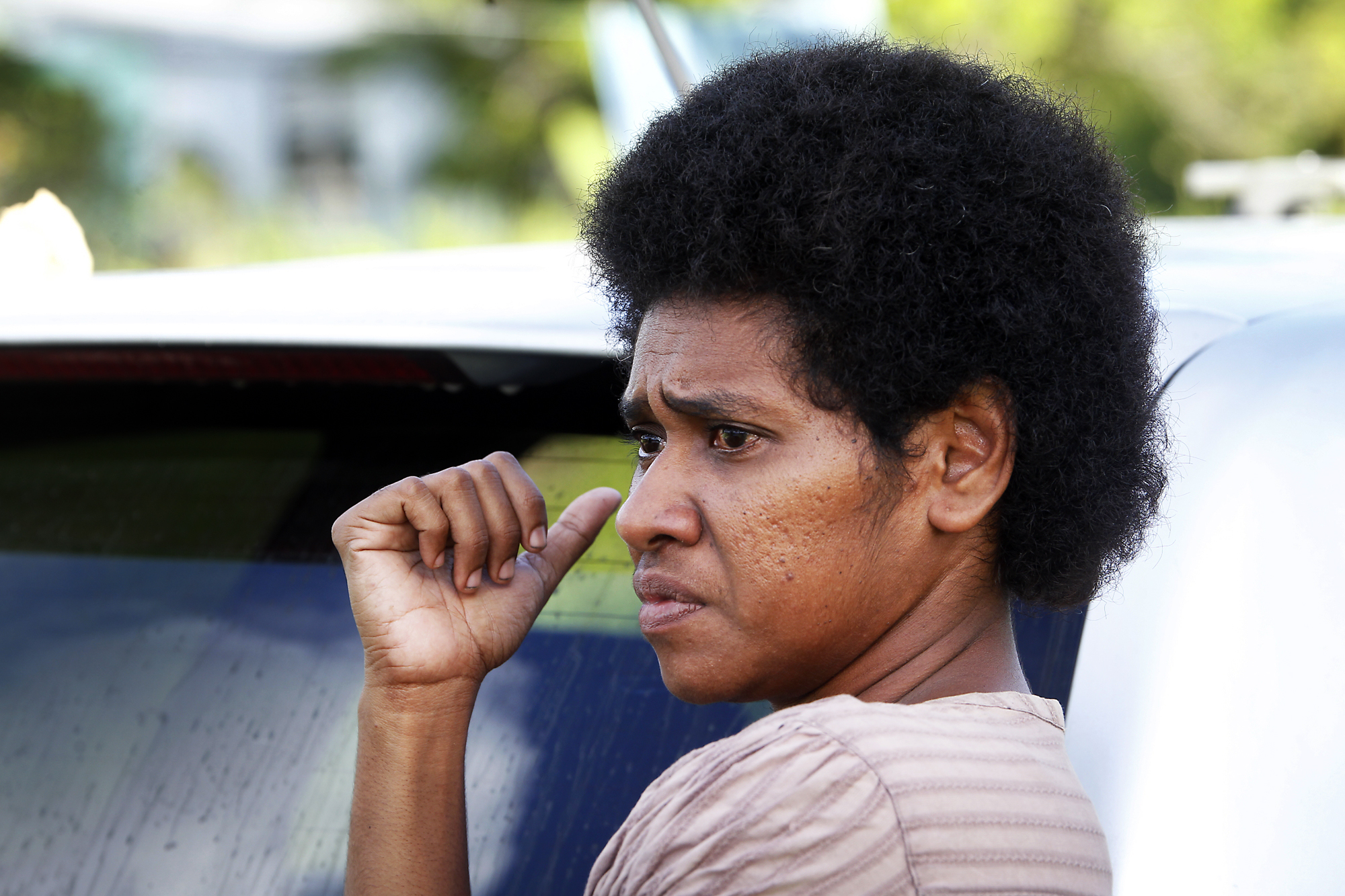 Arieta Naimini of Nabua village, Rewa the mother of the abduction teen age boy who was taken out infront of their home in Nasali landing talks to the Fiji Times yesterday. Picture: ATU RASEA

“WE have lived here for over 10 years, I never imagined that something of this nature would happen to any of my kids, especially my eldest son.”

These were the words of distraught mother, Arieta Namini, 36, while sharing the story of the alleged abduction of her nine-year-old son in Nabua, Rewa.

Ms Namini said around 6am yesterday, she had woken her children up for their daily devotion and she noticed that only two of them came to sit with her.

“Only my two other kids heard me calling them so they came to join me for devotion — my eldest son, however, did not respond,” she said.

“When my other kids finally came to the living room for devotion, we were all shocked when the door opened and my son threw himself inside the house.”

Mrs Namini said her son cried and told them the dreadful story of the alleged incident.

“He kept crying and then he started to tell us what had happened, after which we then contacted his uncle and asked him if he could take us to the Wainibokasi Hospital,” she said.

“Before we left, his uncle called the police and they advised us to go to the hospital first and they would come and see us there.”

Her husband Kolinio Tavuki said their son told them that he came out of the house to use the bathroom at 5am.

“He told me that when he came out, he saw a man sitting near the culvert, then he went back inside the house, but he kept thinking of the man he saw sitting near our culvert,” Mr Tavuki said.

“So he turned the light on and when he came out the second time, he didn’t know another man was standing right near the house and grabbed him.”

Ms Naimini claimed her son told them that the man had both his face and his eyes covered.

“When he came out the second time, he said he was shocked when someone grabbed him, covered his eyes and mouth and at the same time, a van was approaching our house and the man who grabbed him put him inside the van,” she claimed.

She claimed that according to her son, after they put him in the van, they then tied his hands with a rope, but her son noticed that the door of the van was slightly opened so he attempted to escape.

“He jumped out of the van a few metres further from our house, but his hands were still tied to the rope which was attached to the van,” she said.

“My son said they continued to drag him until he was able to free his hands — which caused his injuries.”

Mr Tavuki said he was glad his son was alive. “I’m just glad that my son is alive, we trust the police will carry out their job truthfully,” he said.

In a statement yesterday, police said investigations on the alleged abduction was headed by their divisional crime officer eastern.

“The victim is admitted at the Wainibokasi Hospital as he sustained minor scratches from the alleged incident which occurred this morning near Nasilai,” Police said in a statement.

“The victim claims he was abducted from outside his home early this morning (yesterday) by three men and forced into a van where two others were waiting.”

Police said a thorough investigation would be conducted to verify the claims of the abduction.

“We must stress that people must not speculate or create unnecessary panic on unsubstantiated information that is yet to be verified by investigators.”