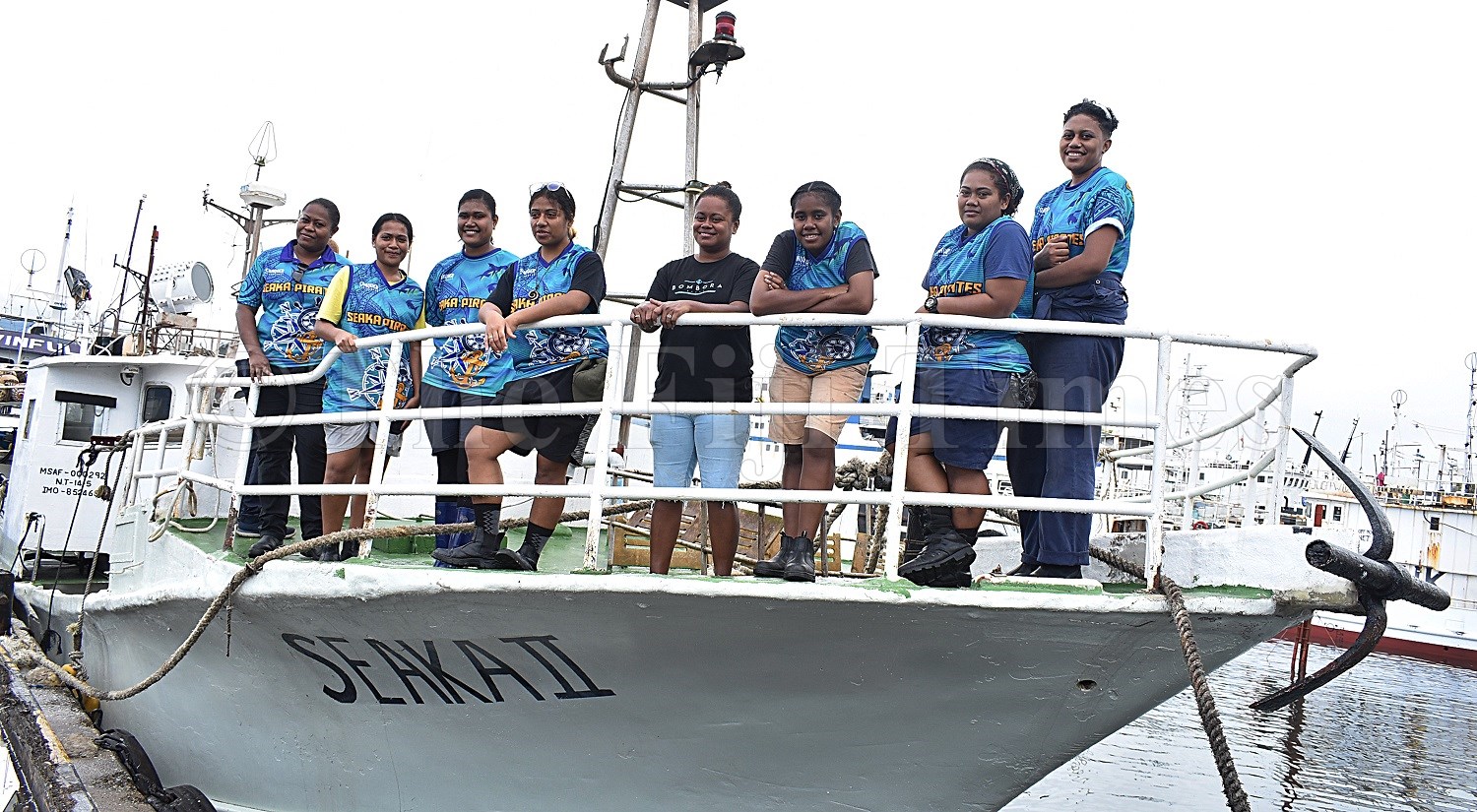 A world first, history was created yesterday when eight ladies set out to sea as the first full female deck crew on board tuna long-line vessel SEAKA II for a two-week fishing expedition.

The initiative was made possible via a partnership between Fijian-owned company SeaQuest Fiji and the Pacific Islands Forum Fisheries Agency (FFA).

FFA said the all-female deck crew was one step towards addressing gender imbalance in the Pacific tuna industry.

Speaking at the launch at Walu Bay, Suva, yesterday, FFA director general Dr Manu Tupou-Roosen said the women were pioneers, taking a new direction for the Pacific and the world by challenging the status quo.

“To see an all-female crew loading ice bait and stores, to see a female first officer, a female engineer and a female bosun, to see real progress in our shared goal of increasing female employment in the tuna harvesting sector.

“FFA is extremely privileged to have supported Seaquest Fiji and the Fiji Maritime Academy (FMA)in their efforts to train and commission this all-woman crew, drawing on graduates from FMA.

She said the FMA was pivotal in creating scholarship opportunities for women and its training vision for women did not stop at junior levels – with females on track to becoming officers and skippers.

Dr Tupou-Roosen acknowledged the assistance from the New Zealand Foreign Affairs and Trade Ministry. SeaQuest Fiji CEO Brett Haywood said the initiative was the fruition of a vision he had 25 years ago.

“I witnessed an unusual sight, a Fijian female crew member,” he said.

“This very hard working Fijian crew was aboard the Tabu Soro — an American tuna boat out of Pago Pago in American Samoa.

“Curious about the meaning of Tabu Soro, I asked and was told it meant never give up in Fijian.

“The rarity of seeing a female crew member really struck home at the time.

“I was so inspired by this Fijian woman’s skill, tenancity and remember thinking that this should not be rare.

“I decided at that moment to never give up on one day seeing an all-female crew on board my vessel. Chief Officer Joana Vakaucautadra said she was happy that yesterday seven women were joining her on a long-line fishing vessel which 10 years ago would have been impossible.

“I hope when we set sail today, we will inspire young girls to reach their dreams,” she said.