A walk to change your life 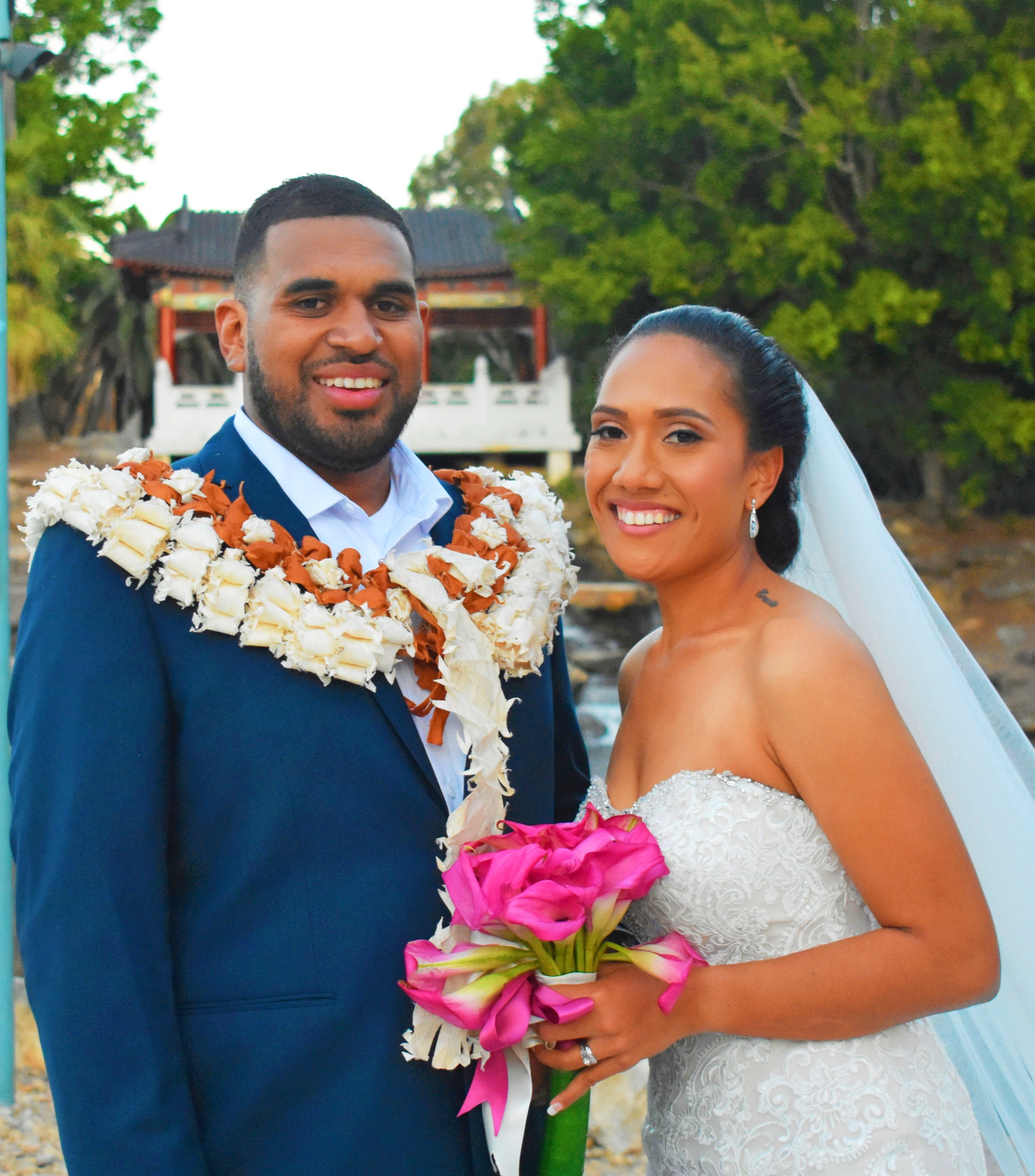 Ratu Jone Tagivetaua took a vow to remain a loyal husband and to be his wife's shining armor and protector forever. Picture: JONA KONATACI

“FROM this day forward, you shall not walk alone. My heart will be your shelter and my arms will be your home.”

As Ratu Jone Tagivetaua took Makarite Sarome Sagaitu Erasito hand on their wedding day, he made a promise to always remain a loyal husband and to be his wife’s shining armour and protector forever.

Interesting though was the beginning of their journey which started over a decade ago when he first laid eyes on Makarite who was waiting for her school bus to go home at the Suva Bus Stand and all this happened in the blink of an eye during their secondary school days in Marist Brothers High School and Dudley High School.

“The first time Jone laid eyes on his bride was 14 years ago after school, as I was waiting for my bus to go home,” Mrs Tagivetaua said.

“Fast forward 14 years later, we first met back here in Australia at church and the rest was history.

“He is one of my brother’s best mate so having to date the younger sister was a No Zone for him , in the end, it all worked out.

Despite going their separate ways after high school, the couple believed that there was always a special bond that would bring them back together and it was not until they both left Fiji to travel to Australia that they rediscovered their feelings for each other and reignite those special feelings.

Jone is always known as a person who loves to joke around and these are part of those special feelings which Makarite took to heart believing he was just meant for her.

Their wedding did not only bring together from afar, but it was also just another special moment in their diary as they celebrated it on Jone’s late mum’s birthday and Mother’s Day.

“For we are a product of two very strong women and we acknowledge and salute you mothers of both families around Fiji and abroad for always and forever will be the backbone and cornerstone of our families.”

At the sacrament of matrimony ceremony at the St Michael’s Catholic Church in Blacktown, the couple both wore their traditional attire and so did their bridal party.

They later changed into their dresses and tux for the reception.

They also didn’t have any theme on their special day and it was dressed as they were pleased but their bridal party wore dusty rose dresses and navy blue tux.

Makarite looked just elegant in her white mermaid dress and Jone in his tux as they were surrounded by families and friends for their wedding reception at the Croatian Club in Punchbowl to celebrate the beginning of many more good things to come for both of them.

“It was such an amazing and beautiful day/night, all praise and glory to our Heavenly Father.

“We acknowledge the Almighty Father, our lord for everything that we have gone through right to this point where he has guided us and continue to lead us through to this new journey that we are about to take.”