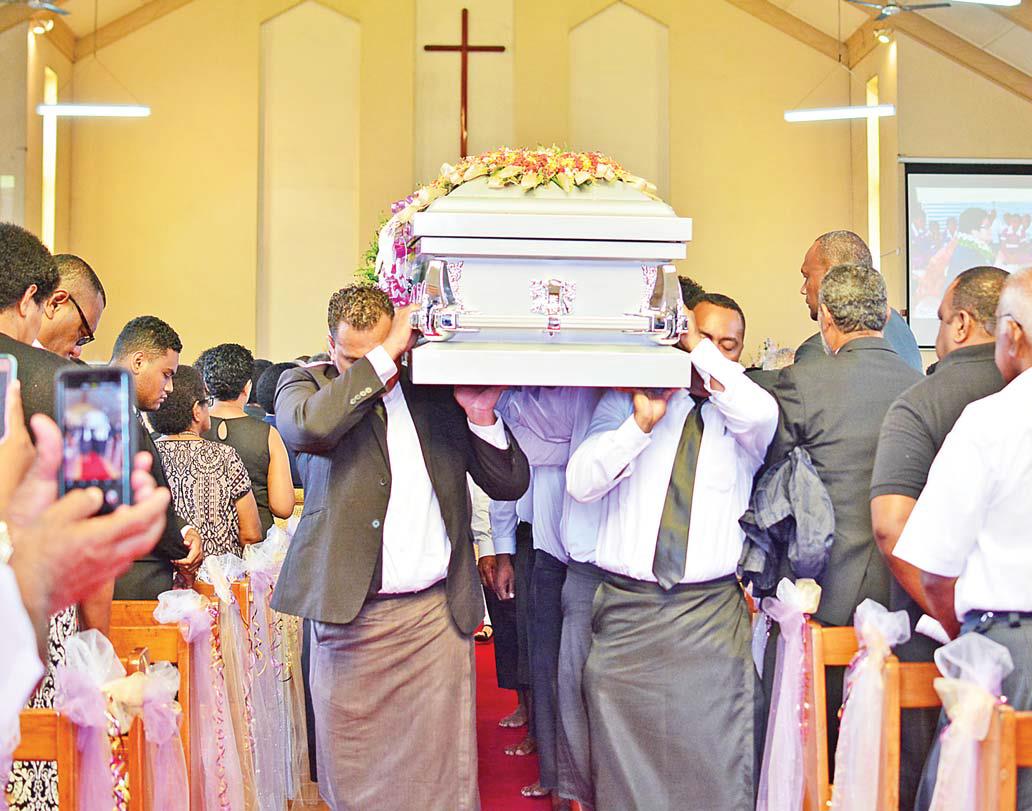 Pallbearers carry Dr Jiko Luveni’s coffi n after her homecoming church service at the Centenary Methodist Church in Suva yesterday. She was buried at the Lovonilase Cemetery. Picture: JOVESA NAISUA

Delivering a eulogy at the farewell church service for the late Speaker of Parliament, Minister for Infrastructure, Transport, Disaster Management and Meteorological Services, Jone Usamate said he was honoured to be given the task to speak on behalf of the Government.

Hundreds of people including government ministers, members of Parliament, close family and friends gathered at the Centenary Methodist Church in Suva yesterday to pay their last respects. 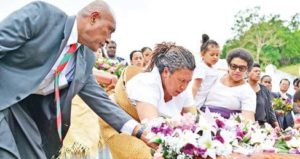 Mr Usamate said Dr Luveni was a true leader who had served the country for 50 years and had shown to women across the country that anything was possible.

He said Dr Luveni had changed the status quo in Fijian politics forever.

“She made a difference in the lives of people living in Fiji,” he said.

Dr Luveni’s youngest daughter, Fatafehi, said they had found joy and comfort knowing that their mother was now in a better place. 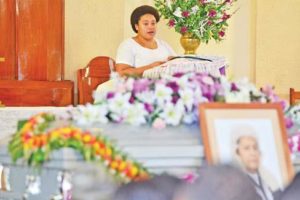 She is survived by her husband, seven children and many grandchildren.

Dr Luveni died last weekend at the age of 72 after a short illness. She hailed from Nukuni on Ono-i-Lau. 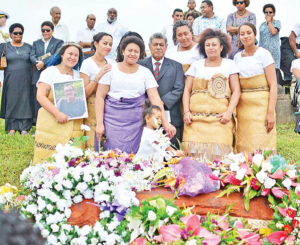 She continued in her role as the Speaker of Parliament after being reappointed earlier this year, her second term in office.

She was the first Fijian woman to hold the position of Speaker and was a dentist by profession.

She also served as a minister in the FijiFirst government before being appointed the Speaker. 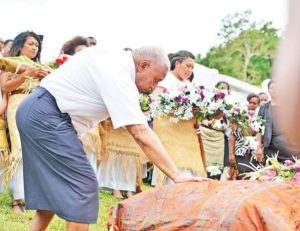 Prime Minister Voreqe Bainimarama pays his final respects to Dr Jiko Luveni after she was laid to rest at the Lovonilase Cemetery in Walu Bay, Suva. Picture: JOVESA NAISUA