A ‘strong fighter’ – Mum shares experience of son with cancer 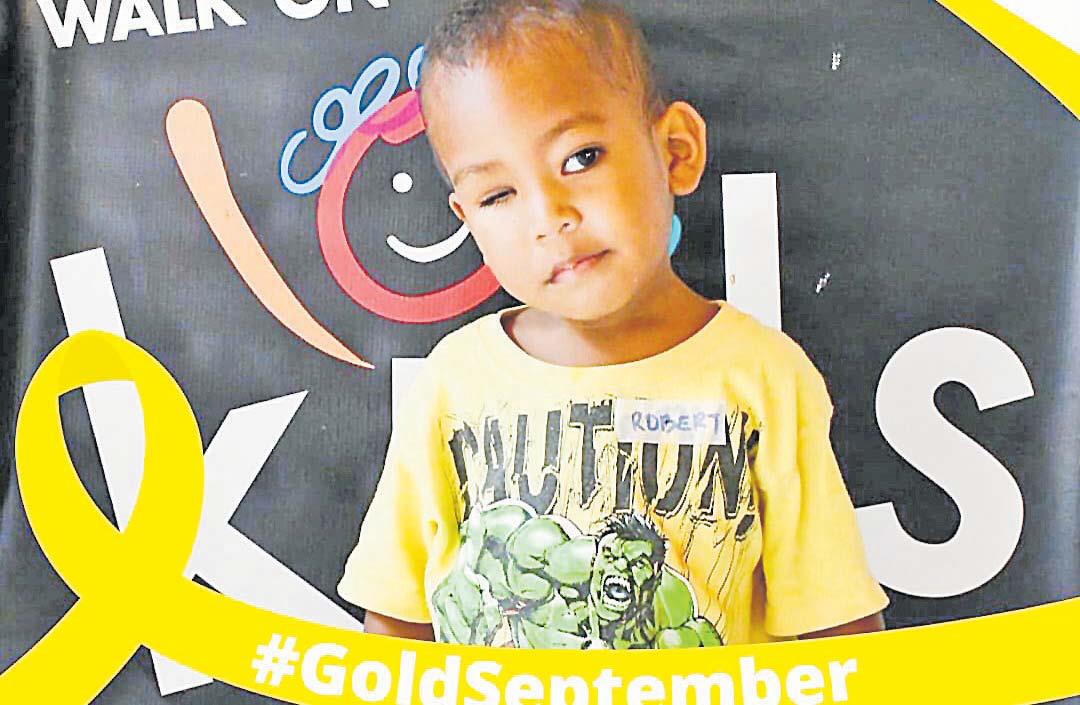 Finding out that a child has cancer can be a parent’s most traumatic experience. It could be particularly devastating when it was unexpected and the child was an infant.

This was the reality for 28-year-old mother Keresi Marama.

Her two-year-old son, Robert Martin, was diagnosed in 2021 with a common form of cancer affecting the eye in children called retinoblastoma.

Ms Marama said the news was a huge blow for her family. “I lost hope when I heard the news because when I heard cancer I thought my son was not going to make it,” she said.

She said her family noticed Robert was having difficulties seeing through his right eye when he was five months old.

“He would always cry and rub his eye when he was an infant so we took him to the hospital for an eye check-up.

“After seeing the doctors we had to wait for his x-ray, CT scan and MRI scan results for the doctors to tell if there was a tumor in his right eye.

“The results came out positive for retinoblastoma.

“The doctors told us the tumour was growing in his right retina had made his right eye blind.”

Both parents were advised by doctors that their son had to have his eye removed in order to get rid of the tumour.

Ms Marama said the decision to remove Robert’s right eye was one of the hardest choices she and her husband had to make.

“It wasn’t easy for us as parents to allow the doctors to remove his right eye ball. “But we felt that removing his right eye was the right decision to save Robert.”

At the age of six months, Robert underwent surgery and had his right eye removed by doctors at the Colonial War Memorial Hospital.

“My son was a strong fighter. “He had his right eye removed when he was six-months-old and later had to complete chemotherapy for six months.

“I am so proud of how my son went through one year of pain and hardship but he still manages to have a smile on his face.”

Ms Marama said just like many parents who had sickly children, they faced many challenges throughout her son’s surgery and recovery.

“It was challenging for both us as parents as we were unemployed but we were so grateful there were people who helped us along the way.

“We thank Walk On Walk Strong (WOWS) Kids Fiji for all the support provided for kids living with cancer in Fiji.

“They were a great help to us — especially in providing transportation to and from the hospital.

“WOWS Kids Fiji provided food packs for the kids every month and helped us a lot during those hard times. We also thank the pediatrics team for being kind and supportive during our hospital stays.”

Her advice to parents with children who are battling cancer was to continue to push through the “dark days” of their lives.

“Put your faith in the Lord Jesus, that is where you’ll find the strength to push through with your child to fight cancer. “Walk on, walk strong.”