A rare feat: Father and son to play in same team 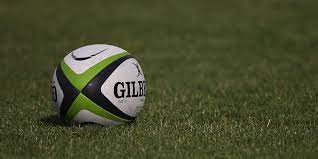 A father and his son representing a particular team in the same game is a rare feat which could rewrite history for Lautoka in the Vodafone Vanua Championship quarter-final against neighbour Ba at Churchill Park this afternoon.

Sireli Masi, who was part of the Fiji under-20 squad post COVID-19, has been named to start at fullback for the Maroons while his father and veteran lock Necani Loganimoce will start off the bench.

Lautoka Rugby Union secretary Isikeli Soqonalawa said in rugby there were many occasions when parents, their children, siblings and cousins represented the same team, but never played together.

He said today’s scenario with Masi and Loganimoce was different.

“We are talking about one particular match,” Soqonalawa said.

“This has never happened in the history of Lautoka rugby or in rugby in Fiji, I believe. This is a historic occasion. It will be even sweeter if father and son are on the field at the same time.”

Loganimoce, 40, comes from the chiefly village of Viseisei, Vuda and has been part of the Maroons outfit since 2014.

Lautoka was promoted to the 2020 Skipper Cup after finishing second in the 2019 Vanua Championship.

However, the Sugar City side was relegated to the Vanua Championship after a dismal performance in 2020.

Lautoka topped its group in the Vanua Championship this year, losing one match to Navosa.

Soqonalawa said their aim was to win the quarter-final against Ba and the semi-final next week to book a spot in the top flight next year.

The Lautoka v Ba match will kick off at 3pm.

In other quarter-final matches at the same time, Vatukoula will play Yasawa at Garvey Park in Tavua, Bua will take on Serua at Subrail Park, Labasa while Ovalau will host Macuata at Nasau Park in Levuka.