A quarter of U.S. Gulf of Mexico output offline as hurricane advances 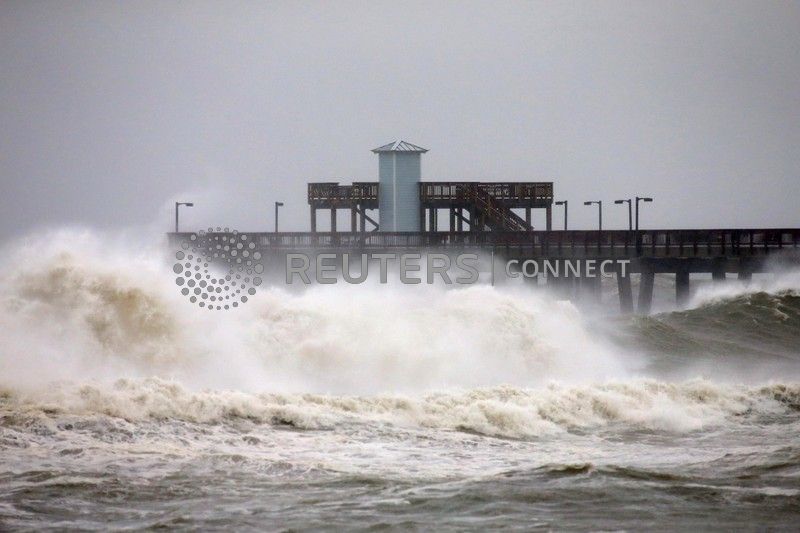 HOUSTON (Reuters) – More than a quarter of U.S. offshore Gulf of Mexico oil output was shut and export ports were closed on Tuesday as Hurricane Sally stalled just off the U.S. Gulf Coast, pelting the region with heavy rains.

Sally weakened on Tuesday to a Category One hurricane with sustained winds of 85 miles per hour (140 kph), moving at a snail’s pace that threatened “historic” flooding from Mississippi to Florida, the U.S. National Hurricane Center said in a late day update https://tinyurl.com/y66gwc4s.

The storm plowed through prime U.S. offshore production areas and was meandering on a path toward Alabama and the Florida Panhandle, sparing New Orleans and some larger Gulf Coast refineries from its winds and rain.

Nearly 500,000 bpd of offshore crude oil production and 28%, or 759 million cubic feet per day (mmcfd), of natural gas output were shut in the U.S. Gulf of Mexico on Tuesday, according to the U.S. Interior Department.

The nation’s sole offshore terminal, the Louisiana Offshore Oil Port (LOOP), stopped loading tankers on Sunday, while ports from Biloxi, Mississippi, to Pensacola, Florida, were closed. Ports along the Mississippi River began to reopen late Tuesday with restrictions. The closings will cut roughly 307,000 bpd of crude and 411,000 bpd of refined products, according to Kpler data.

Refiners in the region have wound down operations. Phillips 66 <PSX.N> shut its Alliance oil refinery, which processes 255,600 bpd at a site along the Mississippi River on the coast of Louisiana.

Shell cut production to minimum rates on Monday at its 227,400-bpd Norco, Louisiana, refinery, but planned to keep a Mobile, Alabama, chemical and refinery plant operating with a skeleton crew.

Murphy Oil Corp <MUR.N> said it was beginning to restore production at its eastern-most Gulf of Mexico oil platforms, and oil-giant Equinor said it expected to return workers to its Titan platform on Thursday.