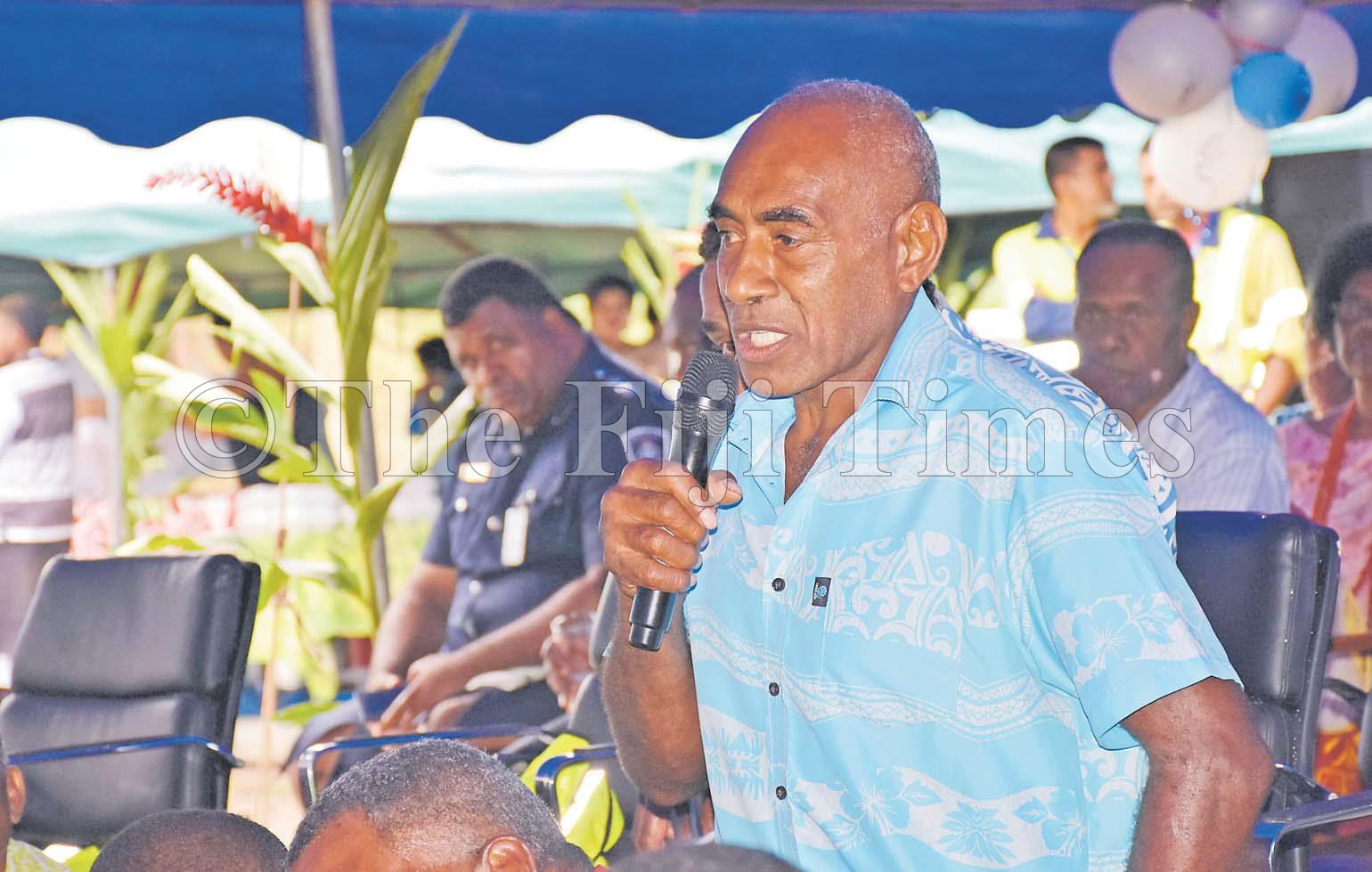 Sawakasa villager Eliki Naqotu raises his concern about speeding at the Lodoni Rd stretch that runs alongside the village and school. Picture: SOPHIE RALULU

To safeguard the wellbeing of villagers and children of Sawakasa Village, villagers have often requested for road humps or speed humps to be constructed on the Lodoni Rd that runs alongside the village.

Because of careless driving and over speeding, villagers have requested for roads humps during village meetings which are later brought up to tikina (district) meetings — but to no avail.

Sawakasa villager Eliki Naqotu said often villagers, particularly school-children, had to take extra precaution when walking to school because drivers often speed along the Lodoni Rd stretch that runs alongside the village.

Mr Naqotu said this particular road was more of a race track as drivers often rushed by without considering the lives of villagers walking beside the road.

“People who often travel from Vanua Levu to Suva and from Suva to Vanua Levu or those who go down to Lomaiviti use this road and often drivers speed through this corridor without considering the lives of villagers,” he said.

“If road humps or speed cameras can be installed we would appreciate it as it would protect the lives of villagers and our future generations.”

Fiji Roads Authority central division representative Jese Morgan said the issue of road humps being constructed was raised twice at tikina meetings and the authority’s engineers had visited the site.

“The engineers have approved the site, but it would cost $42,000 to construct two road humps,” he said.

“It is not an easily funded project and we are currently waiting for the project to be funded.”

When questioned about the cost of two road humps being $42,000 as highlighted by Mr Morgan, the Fiji Roads Authority in a statement said the price for a speed hump depended on the type of hump and the location in which the hump would be placed.

“There are several factors that govern the cost such as the type of road (whether sealed or unsealed), the width of the road, whether or not the hump is a simple speed hump or a crossing table and the condition of the road at the location of the hump,” FRA said.

“It also needs to be considered that the majority of traffic humps are constructed under the divisional maintenance contract.

“This is a tender contract that has hundreds of individual rates for the work to be undertaken.

“These are contractors’ rates and the contractor determines how it distributes the costs. This means that some rates in the tender are higher, some are low and some are market rate.

“Ultimately the best value tender wins the contract. Once the contract is awarded we are contractually required to adhere to the rates provided by the contractor.”

The issue was raised at a talanoa session which was held at Namau in Tailevu after the opening of the new Namau Water Treatment Plant.

Attending the event was the Prime Minister Voreqe Bainimarama, Minister for Women Mereseini Vuniwaqa, Minister for Rural and Maritime Development and Disaster Management Inia Seruiratu and Minister for Land and Mineral Resources, Jone Usamate, other government ministry and department representatives, stakeholders, the people of Naloto and Sawakasa and other invited guests.