A loss to the nation – Pio Tabaiwalu and Fijian politics 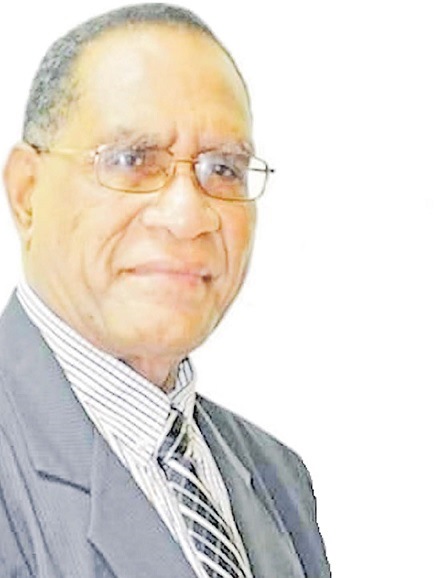 I share the great sorrow of many at the untimely death of a close and dear friend Pio Kameli Tabaiwalu.

I would never have imagined that I would be sitting here today to write his obituary. It is seldom we see the emergence of a great leader among us.

It has been a very common conversation and question among many of us over the years as to why so many of our younger generations of Fijians, educated, articulate, able, suitable, and nationalistic in its broadest sense, have shunned political leadership and continue to do so.

Even our great Prime Minister, the late Laisenia Qarase, was known to have taken leadership most reluctantly.

Yet, he was such a successful Prime Minister, but his government was not allowed to fulfil its full potential.

At independence, we were blessed with so many Fijian leaders of repute and standing who naturally went into politics to serve the new nation. They made us proud.

Yet their leadership did not translate into succession.

Many have blamed the coup culture for dissuading our younger potential leaders from even contemplating politics.

We have unfortunately had Fijian political leaders thrust upon us in our political history and they have gone on to adopt their own constitutions to “legitimise” their leadership.

Pio was one who responded to the call from his leader Mr Qarase to join politics and contest in elections, to train the leaders of the future.

Young Pio sacrificed his ballooning career in the civil service to take on the challenge.

He had already reached seniority in the civil service and was a deputy secretary in the Ministry of Foreign Affairs.

He had served Fiji with distinction in positions in our foreign missions abroad.

He finished his career in the Fijian civil service as one of our leading international trade negotiators, an experience which he was so successful in translating to his work in politics.

Pio’s initial stint in politics and as a rookie Minister of State was cut short by yet another coup d’état.

Many fledgling young leaders were strangled.

Pio such as many of his contemporaries, particularly the young, were left unemployed.

He was sounded out a few times by the military government post-2006 for positions in the Government, but, tempting as it was for financial reasons, this young leader of conscience and principle declined the approaches each time.

Although not as selfless as Pio, his action reminded me when I was approached to be the Foreign Minister to succeed Ratu Epeli Nailatikau in the military government.

I asked that my eligibility should be referred for a legal opinion of the Solicitor General, to be tested under the 1997 Fiji Constitution provisions.

Pio went on instead to develop another political party, the SODELPA, hoping, as he always did, that democracy must return, that it is the only form of government which works for the people, respects their human rights and the only way to bring prosperity to all.

He was a quiet worker believing in processes. He was a team player.

He never participated in divisive politics and controversies witnessed in his beleaguered SODELPA in recent times. He believed in discipline, He believed in loyalty.

He believed that politics through party machineries was for the good of the people and not for personal glory and power.

In the latest round of selection for the general secretary of his party, he was the preferred and recommended candidate of the professional selection company employed for this purpose.

In the end the management committee decided to appoint another candidate.

Pio, the loyal man he was, the team player he was, put aside his personal disappointment and accepted the decision of the committee and went ahead and offered his friendship and professional assistance to the new general secretary.

Pio believed in SODELPA as way forward for democracy in Fiji.

He was a true unifier. He believed in himself and knew that the party needed him. He also believed the
party needed a new image after recent events.

He realised that many people in the party wanted to move away from any association with the coup culture and shun the baggage that came with it.

This was the new generation of leaders emerging with no baggage.

He was a happy to witness a new generation leader emerging as the president of the party, a paramount chief, Ratu Epenisa Cakobau.

Pio wanted to work with Ratu Epenisa to bring change.

He knew it was time for him to put forward his name for leadership if he wanted to see a new Fiji develop.

Pio was a leader who had truly accepted Fiji as a multi-racial country.

He was proud to be one of the architects of SODELPA’s constitution which formally recognised Fiji as multiracial country.

I believed that Pio’s leadership or deputy leadership would be more inclusive and will attract cross sectional ethnic support.

He was not a man of words only in this regard, but he believed being tested through his actions to prove his sincerity.

Although he was a person who championed important causes for his indigenous people but in his leadership role, he was also prepared to put forward an olive branch to the descendants of the girmitya Indians through concrete measures and arrangements so that we all could feel one as a people of Fiji, without sacrificing the name of the Fijian indigeneity.

He was possibly the only candidate for the party leader and deputy party leader to reach out to Fijians of Indian descent for a reference in support of his applications, a courageous leader who wanted to be a genuine leader for all.

He reached out to me as an elder and sought advice.

Apart from his high academic qualifications, his civil service experience, his experience in politics, he was also a successful business entrepreneur in his own right.

He shunned the politics of envy and taught his people to shun it too.

He distanced himself from the divisive politics of positive discrimination, a construct of the colonial rule taken up by opportunist politicians.

I will miss Pio a lot, a genuine leader from our younger generation who was taken away well before his time.

He showed us much needed promise.

He is a loss to his family, the party he loved, and nurtured and to Fiji and all its people.

May his soul rest in peace.