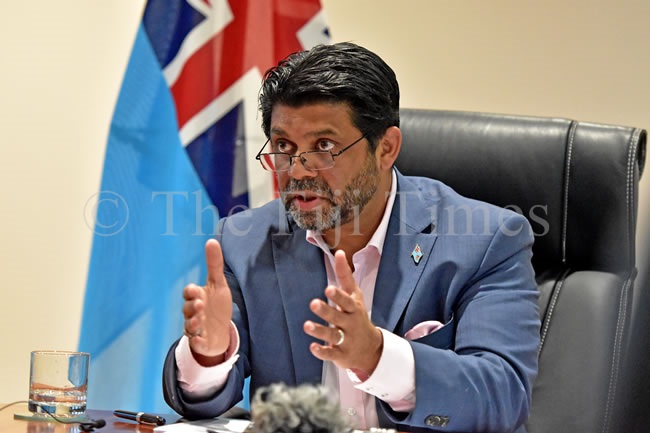 The investigation file on the Attorney-General Aiyaz Sayed-Khaiyum’s alleged links to a 1987 bombing incident has been submitted to the Office of the Director of Public Prosecutions (ODPP) for sanctioning.

This was confirmed to this newspaper by police spokeswoman Ana Naisoro yesterday.

Ms Naisoro said the investigation files were sent to the ODPP last Friday.

The investigation came in the wake of a complaint that was lodged with Totogo Police Station in July this year.

Social Democratic Liberal Party leader Sitiveni Rabuka said SODELPA respected the rights of citizens to make reports to police to investigate and establish if a law had been broken thereby establishing that there was a charge to answer.

“We want to encourage the police to diligently carry out their investigative function without fear or favour,” Mr Rabuka said.