A greener future for Fiji tourism 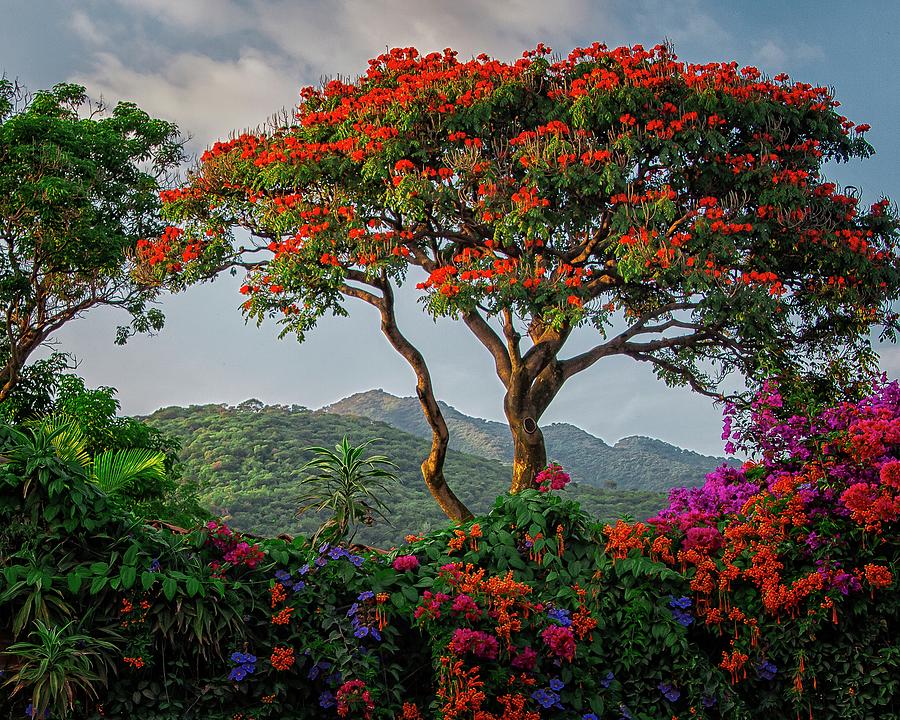 Recently I arrived back in Fiji after nearly two years away. One of the first changes I noticed, on the drive from Nadi to Suva, was the proliferation of the African tulip tree.

It’s a beautiful tree, with huge scarlet flowers – hence its introduction a few decades ago as a garden ornamental.

Presumably no one involved with bringing it to the main islands of Fiji realised how it would spread, outcompeting the native trees and taking over large swathes of forest, so that it is now one of the worst invasive species in Fiji.

Driving along the spectacular south coast road of Viti Levu, as many newly arrived visitors do, I wondered how many tourists think they are looking at a beautiful natural forest, and how many recognise a highly disturbed and degraded ecosystem.

I speculated that, if Fiji markets itself as a pristine paradise, a ‘green’ destination – as it should – this might draw increasing numbers of environmentally knowledgeable tourists, who will see through the ‘unspoilt paradise’ posters and ask what Fiji is doing to fix its environmental problems.

The loss of native trees has a knock-on effect for entire ecosystems, affecting native species from insects to birds and bats (the only native mammals here).

Other introduced and now invasive species that have dramatically changed Fiji’s natural environment include the mongoose and the cane toad, both seen almost everywhere on the main islands – unlike the native grounddwelling birds, iguanas and snakes which, as a direct result, are now extinct or found only on remote, outer islands.

Invasive species are a very visible environmental problem that needs addressing, but this has so far proved too difficult.

By coincidence, the same week I arrived, Fiji began consultations towards revising its national tourism strategy.

I attended the first of a series of webinars, organised by the Ministry of Commerce, Trade, Tourism and Transport (MCTTT) and supported by the International Finance Corporation (IFC).

Fiji’s new strategy is to be called the National Sustainable Tourism Framework. ‘Sustainable’ is a ubiquitous word these days, but it’s good to have it in the title. It at least indicates a medium- to long-term planning approach, rather than short termism.

The word was first used around the idea of environmental protection – the classic definition of sustainable development was coined by the United Nations Brundtland Commission in 1987 as “development that meets the needs of the present without compromising the ability of future generations to meet their own needs”.

It’s now used much more widely, beyond the environment. We understand that sustainability has other facets – social, cultural, economic – and importantly, that addressing one while ignoring the others will ultimately lead to failure.

Listening to the webinar, I was very glad that Duavata Sustainable Tourism Collective had been included in the panel of speakers. Duavata is an association of small tourism businesses built on and united by respect for Fiji’s environment and cultural heritage – my own agritourism business is a member.

Inviting Duavata to the table indicates a recognition of the important role that environmental and socio-cultural dimensions play in distinguishing Fiji from its competitors in the international tourism marketplace.

Hopefully it also means that sustainability in these areas will be addressed within the new national framework.

If Fiji pitches itself as an unspoilt paradise – with intact traditions, culture and environment – then it needs to take care of these vital assets.

Tourism is Fiji’s biggest industry. Directly or indirectly, it touches on the lives of all Fijians.

Similarly, the whole country – its natural beauty, its friendly people, its warm ocean and colourful fish and corals; but also its burning sugarcane stubble, its traffic jams, its invasive species and its degraded forests – is what is ‘on sale’ to tourists.

And the more tourists leave their resorts and investigate the ‘real Fiji’, the more important it becomes for the industry – and the country’s leaders – to look at the problem issues.

Tourists are already voicing their concerns about Fiji’s environmental issues, with the help of the international media.

The recent fight-back by two Australian surfers and a local landowner against damage to the reefs around Malolo Island is an example.

The court ruling – a hefty fine for the Chinese developers – conveyed a positive message, but whether it signifies a genuine orientation of government focus to Fiji’s environmental problems remains to be seen.

Much of the MCTTT webinar was about statistics, trends and targets, as tourism reboots.

The pandemic and the climate – we’ve had 14 tropical cyclones over just six recent years – were cited as obvious risks for the industry.

But not many of the panellists mentioned the importance of protecting and improving the environment. Environmental degradation and loss may be equally significant threats.

And, crucially, measures to recover and protect the environment, through better management of forests, water, reefs and other natural resources, contribute to resilience – of the country’s people, and its economy – in the face of climate Fiji and tourism are inseparable.

Rebuilding the tourism industry should include a renewed drive to restore and protect the management by its community The challenge shouldn’t be underestimated.

Invasive species are only one environmental issue that needs to be addressed – there At the government level, effective cross-sectoral policy and planning will be essential – not currently a strong point in Fiji.

And if Fiji and tourism are inseparable, then everyone needs to be meaningfully involved in finding ural assets is worth the effort.

Let’s not compromise the ability of future generations of Fijians to meet their needs – but instead make sure that the foundations are sound and healthy, for future industries and livelihoods.

If the tourism recovery drive can be used to catalyse such a refocus, this will be a positive outcome and other shocks. nation’s natural environment, and facilitate its sustainable owners. are many more. new ways forward. But surely restoring Fiji’s nat- from the pandemic.

• ANNE MOORHEAD is a freelance writer and editor specialising in sustainable development with a focus on the Pacific islands region. She works as a consultant editor for Devpolicy Blog. Anne is also co-owner and chocolate maker at KokoMana in Savusavu, Fiji. The views expressed by the author are not necessarily shared by this newspaper.