A gift of poetry 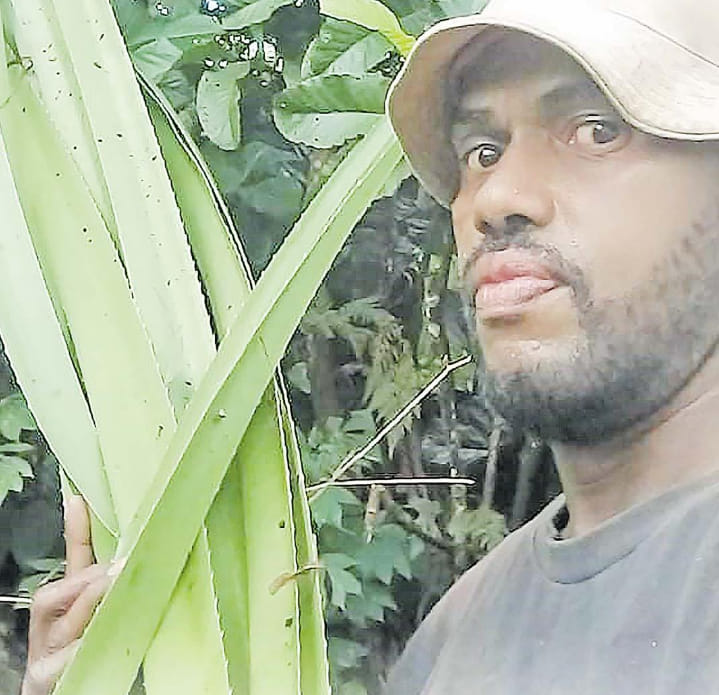 Nicknamed Rijavale Bera, he is wellknown as a storyteller, one gifted with a talent of putting words in poems and songs.

Over the years, he gradually became well-known on social media and local radio stations, recognised for his skill of relating events into poems and songs.

Even using his imagination in creating poetic stories relating to someone else’s dream.

He is originally from Naqara, Naitasiri and is a farmer.

After completing his education at Ratu Kadavulevu School, the 38-year-old father of one, got better with his poetry writing over the years.

A man full of humour, at events he is quick to jokingly use people’s names in his poems.

Poems he makes up within seconds before meeting them — that’s one of the ways he introduces himself at times.

“My real name is Joeli Waqawai and I started school at Vunidawa District School from Class 1 to 8 before moving to Naitasiri Secondary School and later RKS.

“I started writing poems in the i-Taukei language from as young as Year 2.

“As primary students, a lot of things happened because we were first-timers. Whether it be a student crying or someone very naughty, I usually picked up a pen and wrote a song or a poem about it.”

Mr Waqawai said poetry had always been part of his life.

Whether he retells a story or draws something from his imagination – Waqawai has mastered the skill of linking words to be descriptive and detailing drama.

“After spending two years in the village he then listened to his dad’s advice to finish his studies and that is why he went back to Nasinu Secondary School and to Ratu Kadavulevu School.

“After Delainakaikai, I came back to the village and helped toil our land. While listening to the radio one day, he heard a man from Vanua Levu had won a competition in a program named ‘sota ena Vuniniu kala’.

“I told my mum that I could beat my tau (man on radio) to win that competition.”

I wrote a love story of a student from Queen Victoria School and his girlfriend from Adi Cakobau School who eventually married later in life and had children.

“That was a fiction story but I used my imagination to form a story about friendship that began from high school to tertiary level and having a family.

“That poem I wrote won that competition three times and yes I beat my tau from Vanua Levu.

“Later on, a man from Viti Levu called me to write a poem about them, so I did. No later began a whole new adventure of poem writing. Even when Fiji won a 7s rugby tournament, I wrote poems about players’ profiles and their contribution on the field that led to their victory. I like to put things in detail which would include try scored, points and all.

“Writing my thoughts on paper is my life. I have already written many songs and church hymns,” he said.

Some of his famous poems are based around the Filipino TV series Sa piling mo, he titled his own Kavoro, Mavoa ni yalo.

“I’m hoping to engage with a musician possibly to help compose music to lyrics I have written, I really would love to work with someone to compose a song.

“Writing poems is my life and if anyone out there feels the same, don’t harbour that skill, let it loose and keep writing,” he said.