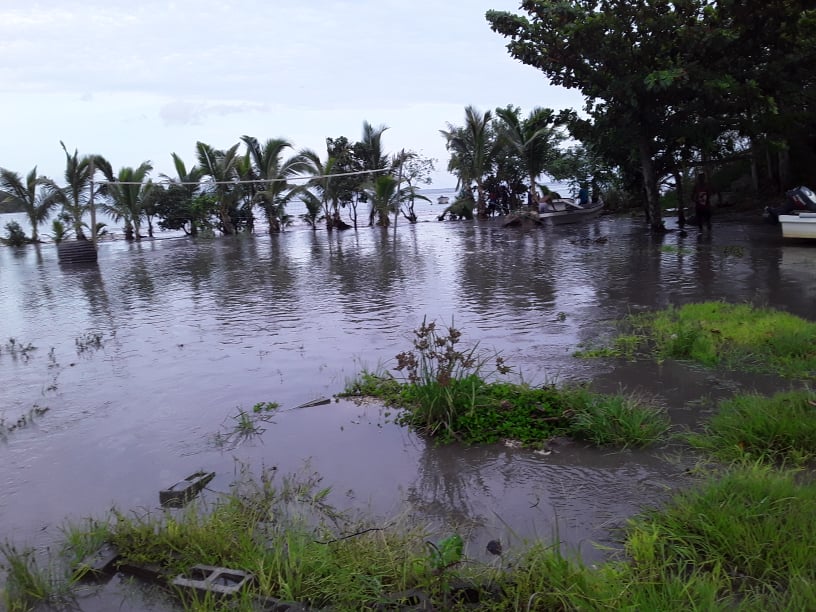 Images of tidal waves crashing into some maritime islands received via our Facebook messenger. Picture: SUPPLIED

A tsunami alert is now in effect for Fiji.

Those in low-lying areas have been advised to move to safety.

Earlier tonight, the National Disaster Management Office (NDMO) issued a public advisory for those in low-lying coastal areas to evacuate to higher grounds, with anticipation of strong currents and dangerous waves – following a series of underwater volcanic eruptions in Tonga earlier this evening.

Tonight, the Fijian Government also offered prayers for the people of Tonga.

“We are praying for our Tongan sisters and brothers who are beset by tsunami waves and airborne ash stemming from the eruption,” Mr Sayed-Khaiyum said at a press conference tonight.

“A tsunami alert is now in effect for the Fijian group. We’ve already issued warnings to avoid the shorelines due to strong currents and possibly dangerous waves.

“If you need to move to higher ground, please do so.”

He said some evacuation centres were being opened up.

“As a matter of precaution, please cover all household water tanks and stay indoors in the event of rain due to the risk of rainfall becoming acidic.”

More reports in the January 16 edition of The SundayTimes.