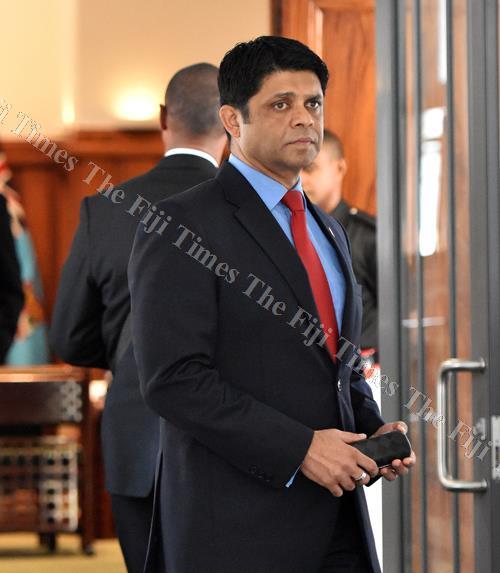 THE fact that Fiji lost one third of its GDP in 36 hours during Severe Tropical Cyclone Winston highlights the importance of mitigation and disaster risk reduction programs such as the Nadi Flood Alleviation Project.

This was the word from Attorney-General and Minister for Economy Aiyaz Sayed-Khaiyum at the opening of the project’s first workshop in Nadi yesterday.

“Recently, as you would have seen in the Bahamas, they were hit by a Category 5 cyclone,” he said while addressing government, business and local community representatives at the forum.

“In fact the satellite pictures actually shows people do not know where the demarcation is –– where the land ends and where the sea starts.

“Because the inundation of water was so immense that people did not know where the land was.

“It has completely devastated that particular country. In Fiji’s case of course we had TC Winston and within the span of 36 hours, one third of the value of our GDP was wiped off.

“We then, subsequently the following year, had three cyclones – Josie, Keni and Gita – in one particular year.

“So the frequency and the intensity of climatic events is getting a lot more intense and we have to be able to mitigate the impact.”

The Nadi River Flood Alleviation Project has been estimated to cost $400 million.

The project has been divided into three parts – Sections A, B and C. The Japanese government, through the Japan International Cooperation Agency has committed to funding Section A of the project – which includes the Nadi Town area, the inland drainage systems within Nadi Town and the drainage system that empties into the ocean.