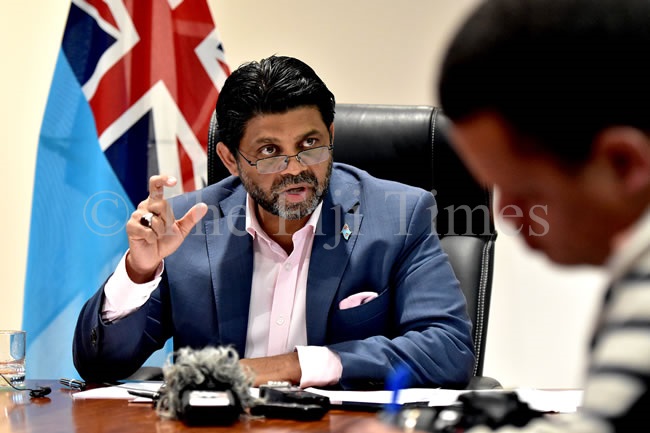 Fijians facing issues with meeting their mortgage payments can access up to 50 per cent of their Fiji National Provident Fund (FNPF) preserved account, says Attorney-General and Economy Minister Aiyaz Sayed-Khaiyum.

However, he said, there had been no discussions with retailers and banks on freezing hire purchase or loan repayments.

“Many people actually have made various arrangements, as we know, like for example outlets like Courts have worked very well with their customers, we know that some of them have come up with revised payment arrangements,” he said.

“So those sorts of things, arrangements have been made.

“But in respect to specifically, no, there is no kind of legal requirement for us to be able to intervene.

“But, as you know, that with the approval of Parliament, we did put a law in place in respect of mortgage, home mortgages, where the banks are actually required to work together with their customers to ensure that they will, for example, make various deferments, et cetera.

“But, at the same time, should there be no resolution or should there be some type of inability to work out a mechanism, then those customers can actually access their FNPF accounts.

“So, the law has now been amended to allow them to access up to 50 per cent, including from their preserved account, because we don’t want people losing their homes.”