A-G: No plans to legalise marijuana 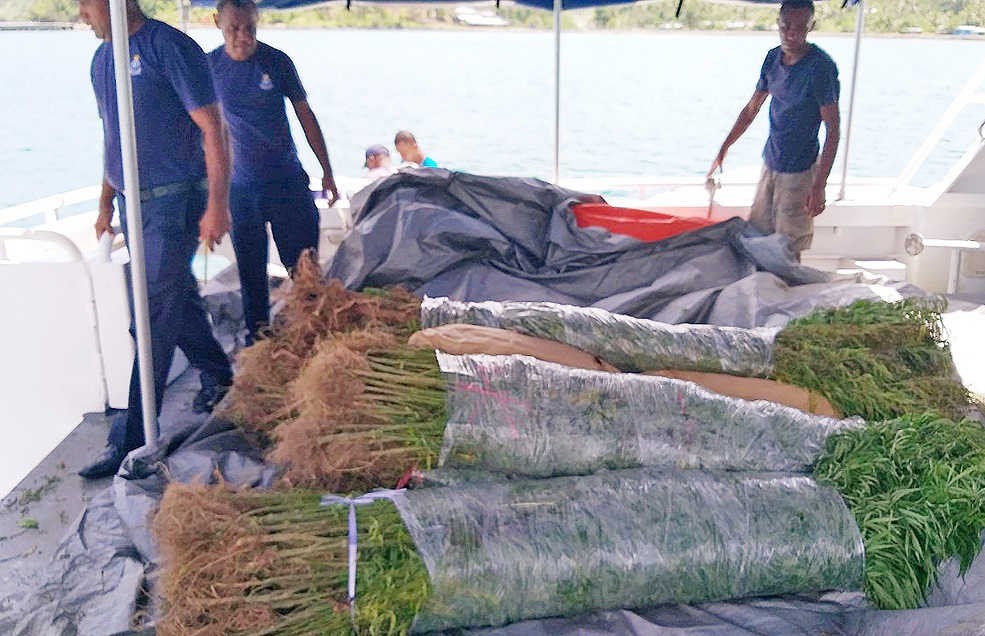 Police with the uprooted marijuana plants from Kadavu. Picture: SUPPLIED

GOVERNMENT has no immediate plans to legalise the production of marijuana for medical purposes, says Attorney-General and Economy Minister Aiyaz Sayed-Khaiyum.

He said countries such as Canada allowed it, but there were also a lot of countries that had imposed strict conditions on the cultivation and use of the drug.

“In other countries in the world, under strict conditions, under strict licences, they are actually given the opportunity to grow that and to supply directly to pharmaceutical companies and there are very strict guidelines, and that of course becomes agricultural produce for them,” the A-G said during a 2021-2022 National Budget virtual consultation last Sunday.

“The Government, of course, is open to new ideas but we always have to choose to ensure, for example, there are very strict conditions to replace.

“The laws are modernised because obviously it’s still criminalised. “And there’s also the need to ensure that everybody gets into the spirit of following the laws, not for abuse.

“It’s for medicinal purposes and various other purposes.”

Mr Sayed-Khaiyum said under the different species of marijuana was one known as Indian hemp.

“There are different varieties of it, there’s one particular variety where you could get high on it but it could also be used to make fabric, paper, and other materials which could be used again.

“But again, as we said, any such move into that area will require a lot more you know, consultations.

“We need to get approvals from overseas and it takes a lot longer period.

“It is very interesting that you will find that it’s mainly the countries in the northern hemisphere that actually grow these for medicinal purposes.”