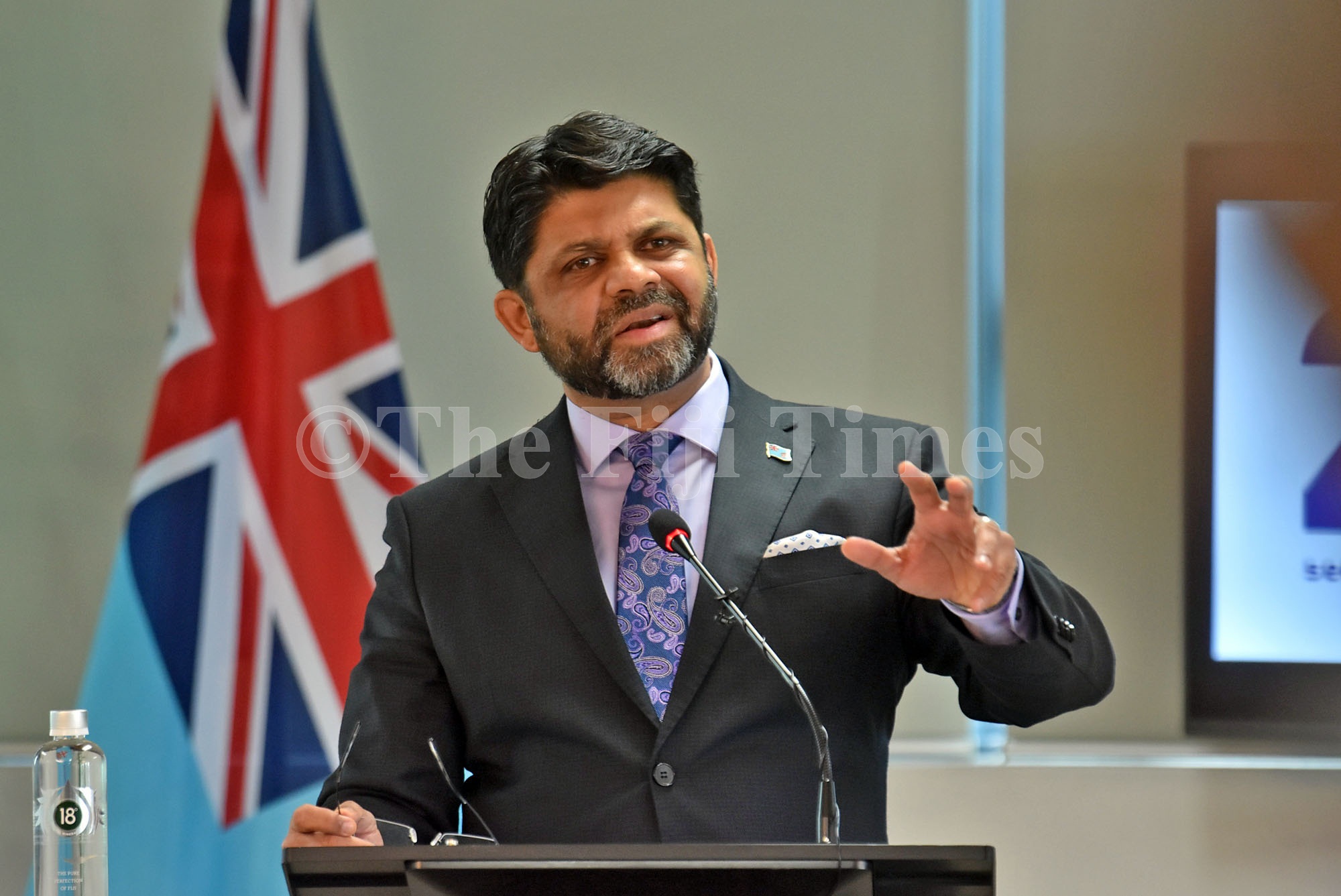 Attorney General and Minister for Economy, Aiyaz Sayed-Khaiyum briefs the media during a press conference at Suvavou House in Suva on Thursday, April 16, 2020. Picture: JONACANI LALAKOBAU

ECONOMY Minister and Attorney-General Aiyaz Sayed-Khaiyum has appealed to Fijians who are receiving unemployment benefit assistance through the Fiji National Provident Fund (FNPF) to look for employment.

He said the Government was paying $220 to 85 per cent of FNPF members.

Mr Sayed-Khaiyum also said the unemployment benefits would be extended for another eight weeks and people who were presently receiving $220 a fortnight and have not obtained new employment would continue to receive the $220.

He also said those who were still on reduced hours would continue to receive $44.

“We’ve said that we’ll extend it again for another five sets of fortnightly payments which is another eight weeks where people who are currently on $220 a fortnight, they have not obtained new employment, they can continue to get $220 fortnight,” the

A-G said on a video that was posted on the Fijian Government’s Facebook page.

“So, if for example you worked in a garment factory for five days a week, you are now working four days a week. So that’s one day short and so one day less income. So, fortnightly you get $44.”

He said there were also people who were abusing the system and they should be careful as the Government was now gathering data through the FNPF.

“We are working with FNPF to ascertain where people are perhaps or maybe you know, making a decision to incentivise or how they’re being disincentivise so we are looking at mechanisms, as to how we can actually stop the abuse.

“My appeal to those who are getting these unemployment benefits, please don’t just simply rely on this please try and actively look for work,” Mr Sayed-Khaiyum said.