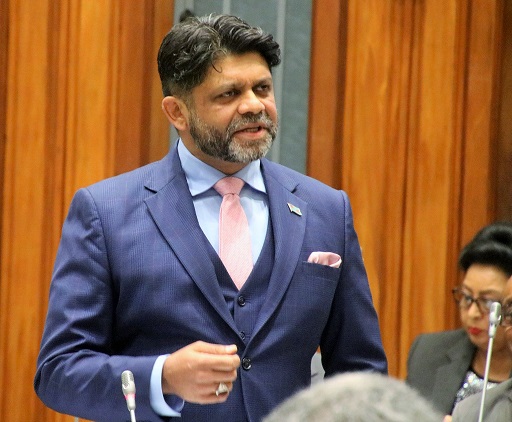 Government played “absolutely no part” in the revision of the poverty statistics released by the Fiji Bureau of Statistics’ 2019/2020 Household Income and Expenditure Survey.

Attorney-General and Minister for Economy, Civil Service, Communications, Housing and Community Development Aiyaz Sayed-Khaiyum said this as he apologised to the World Bank while speaking in Parliament on Monday.

He said the apology was for the public attack by National Federation Party leader Biman Prasad and The Fiji Times, in “questioning the integrity of the World Bank” when it revised the 2019/2020 poverty rates.

“I want to emphasise to the Parliament that contrary to the public ramblings of honourable Prasad, Government played absolutely no part in the revision of the poverty statistics.

“Which world are we living in to say that I can go all the way from Fiji — a country with less than one million people — to go to the World Bank and say, ‘Hey guys, just change the figures’.

“We did not reengineer HIES findings to suit our agenda, in fact, we were just as surprised as anyone else.

“I mean, when the figures did come on 29 per cent, we were quite surprised but we accepted it because we thought actually it would come down.”

He said the revised findings of the report showed that the FijiFirst government’s policies were working as almost 100,000 Fijians were lifted out of poverty.