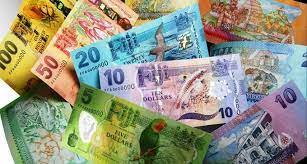 This, according to Attorney-General and Minister for Economy Aiyaz Sayed-Khaiyum, and adds this is 30 times more than what is needed for external debt repayments.

Mr Sayed-Khaiyum was responding to a question in parliament by Adi Selai Adimaitoga on why Fiji’s debt “remains sustainable and cannot be compared to the Sri Lankan crisis”.

He said the difference between Fiji and Sri Lanka was a world of difference reasoning: “Sri Lanka did not have or does not have adequate foreign reserves available in the country; it has $7billion due in an external debt repayments alone but only had $2 billion in foreign exchange; $7billion to pay offshore but only $2billion.”

“Our current revenues are over $3billion and debt servicing is just over $350million.

“For Fiji to be able to not service our debt, our revenue will have to fall to below $30million.”

He said during COVID-19, the Government managed to maintain revenues at around $2billion.

“This basically shows Mr Speaker, Sir, why Fiji has never defaulted on debt and why we will never default on debt.

“Sri Lanka’s revenue situation is completely different. Simply, it is too low and cannot be compared to Fiji.”

The A-G also noted that Sri Lanka’s lenders stopped lending to them but the Fijian Government’s lenders “have recently been lending us five times more than what they were lending before and continue and want to lend”.

“These are all credible lenders. They are not some fly-by-night lenders. It is the World Bank, Asian Development Bank (ADB), Japan International Cooperation Agency (JICA), Asian Infrastructure Investment Bank (AIIB) and other domestic institutional investors.

“For them to want to lend more to Fiji even during COVID-19 means they fully know and understand and appreciate the economic and financial management capacity of government.”

He added the Government had accessed $900million in the past two years in highly concessional debt from JICA and International Development Association (IDA) – IDA through the World Bank.

“Our debt repayment is spread over many years while Sri Lanka’s debt repayments or bonds had to be paid in lump sum immediately.”