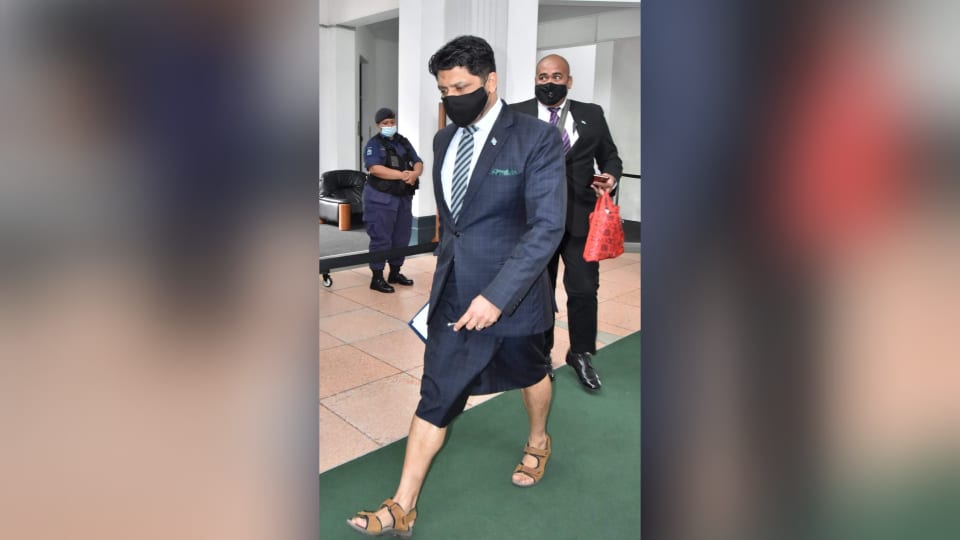 Attorney-General Aiyaz Sayed-Khaiyum on his way into Parliament on Monday, September 20, 2021. PARLIAMENT OF THE REPUBLIC OF FIJI

Attorney-General Aiyaz Sayed-Khaiyum says Government has removed the requirement of getting a deed poll done for married women using their husbands’ names.

“You simply go to the birth registration office,” he said during debate on the Electoral (Registration of Voters) (Amendment) Bill 2021.

“If, say for example, a woman who is married now and decides to adopt her husband’s name. All she simply has to do is go to the BDM (Births, Deaths, Marriages) office, say ‘I want to change my name’. They will register it, birth certificate will be given.”

He was responding to comments made by Opposition Whip Lynda Tabuya that the Bill would affect married women who make up “a very huge number of our population”.

Ms Tabuya said the Bill would incur costs of up to $500 for married women who had used their husbands’ names to vote in the past two elections.

“This is being rushed,” she said.

“It should go back for consultation.

“Not only are they taking away the right of a married woman to use her married name to register and to vote, which is what she has been using in the form of her ID and all other IDs, it will also cost those that need to change their names if they choose not to use their name of the birth certificate.”