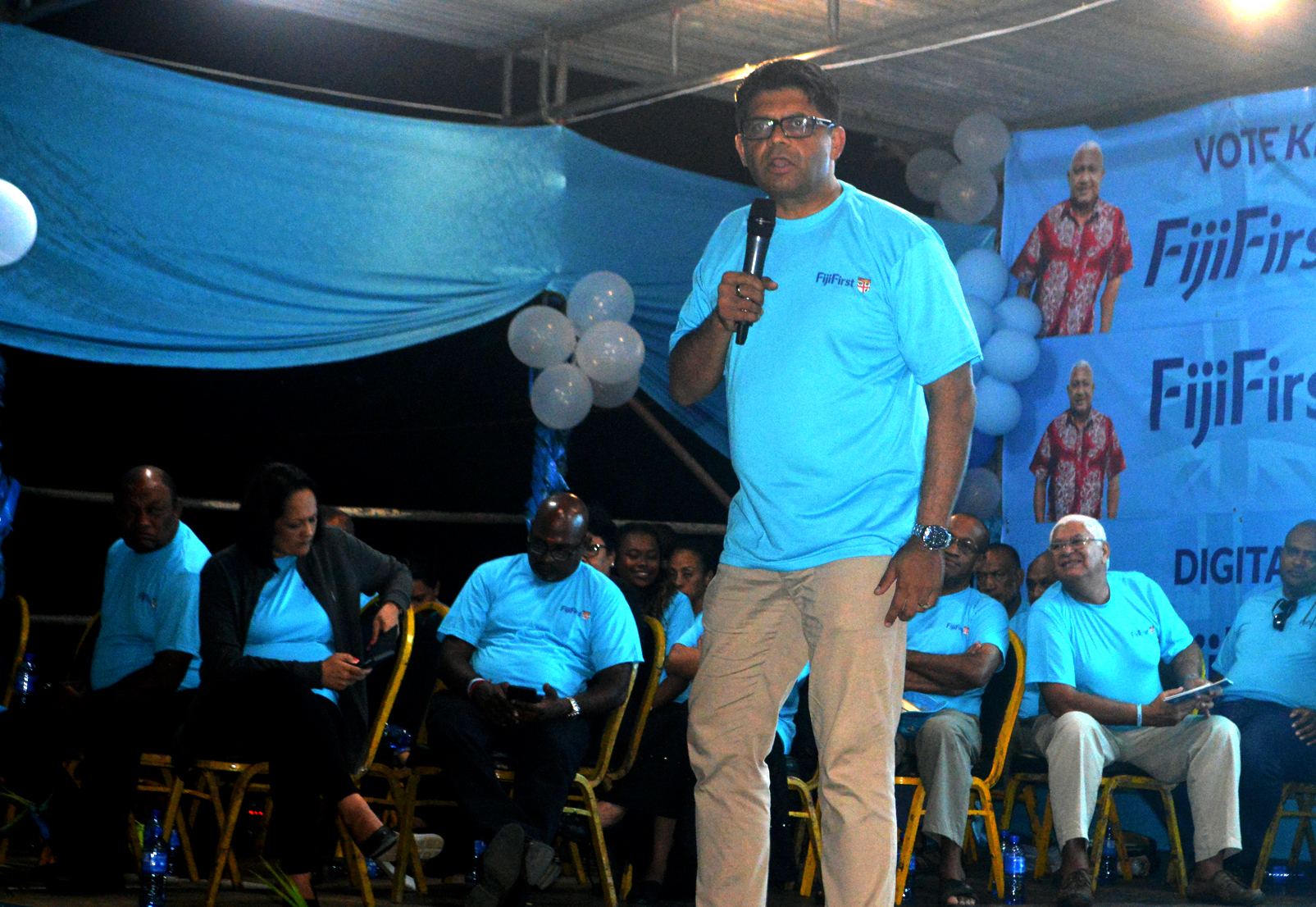 FIJI’S Attorney-General and FijiFirst General Secretary Aiyaz Sayed-Khaiyum says it is important for people to vote.

While speaking in English and Fiji Hindi at a FijiFirst campaign in Saweni, Lautoka this morning, Sayed-Khaiyum said people needed to vote FijiFirst for security.

According to Sayed-Khaiyum, FijiFirst is the only party which guarantees social, political and economic security.

He added that chopping and changing of government will not be a good option as the current one is on the right path.

He said that no government was perfect but the current government ensured a good level of security.