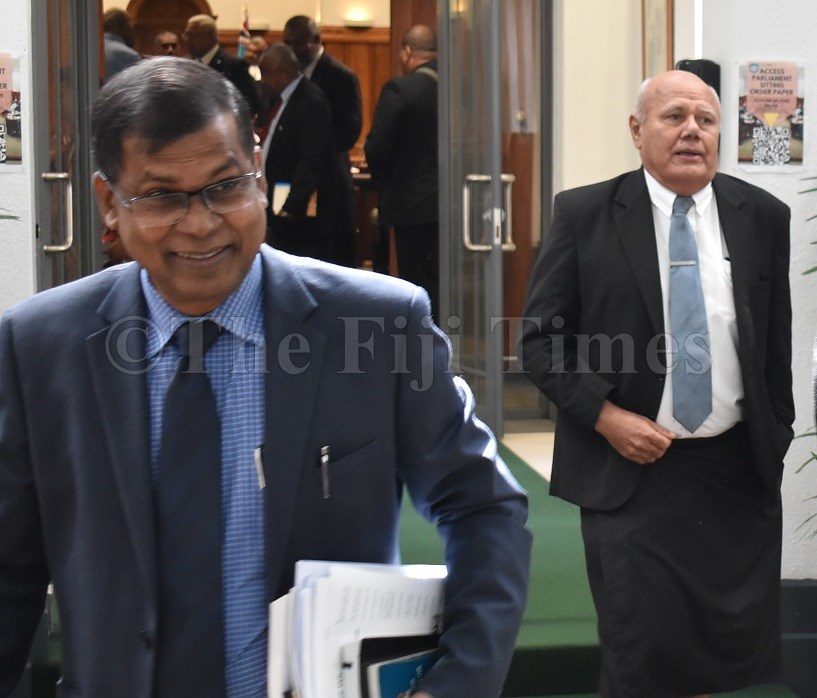 This followed a comment by Mr Sayed-Khaiyum in Parliament against SODELPA leader Viliame Gavoka. Mr Duru said labelling Mr Gavoka “weak”, was a reflection of the minister’s egotistical and arrogant leadership style.

“The FijiFirst pack leader and his cronies need to practise humility by acknowledging the different behaviour patterns of our members of Parliament,” Mr Duru said in a press statement.

“SODELPA recognises that we have loud, bragging political figures in Government compared to the ladies and gentlemen on the Opposition bench.

“Many people do not consider humility as an attribute of political leadership.

“They instead recognise military authoritarianism as a reflection of strong political leadership. “Being humble might make people like the Attorney-General think that the SODELPA leader is weak.

“It takes fortitude to remain humble and steady, especially in Fiji where power abusers and coup leaders are portrayed as strong leaders.

“There is no effort required to be arrogant or prideful.”