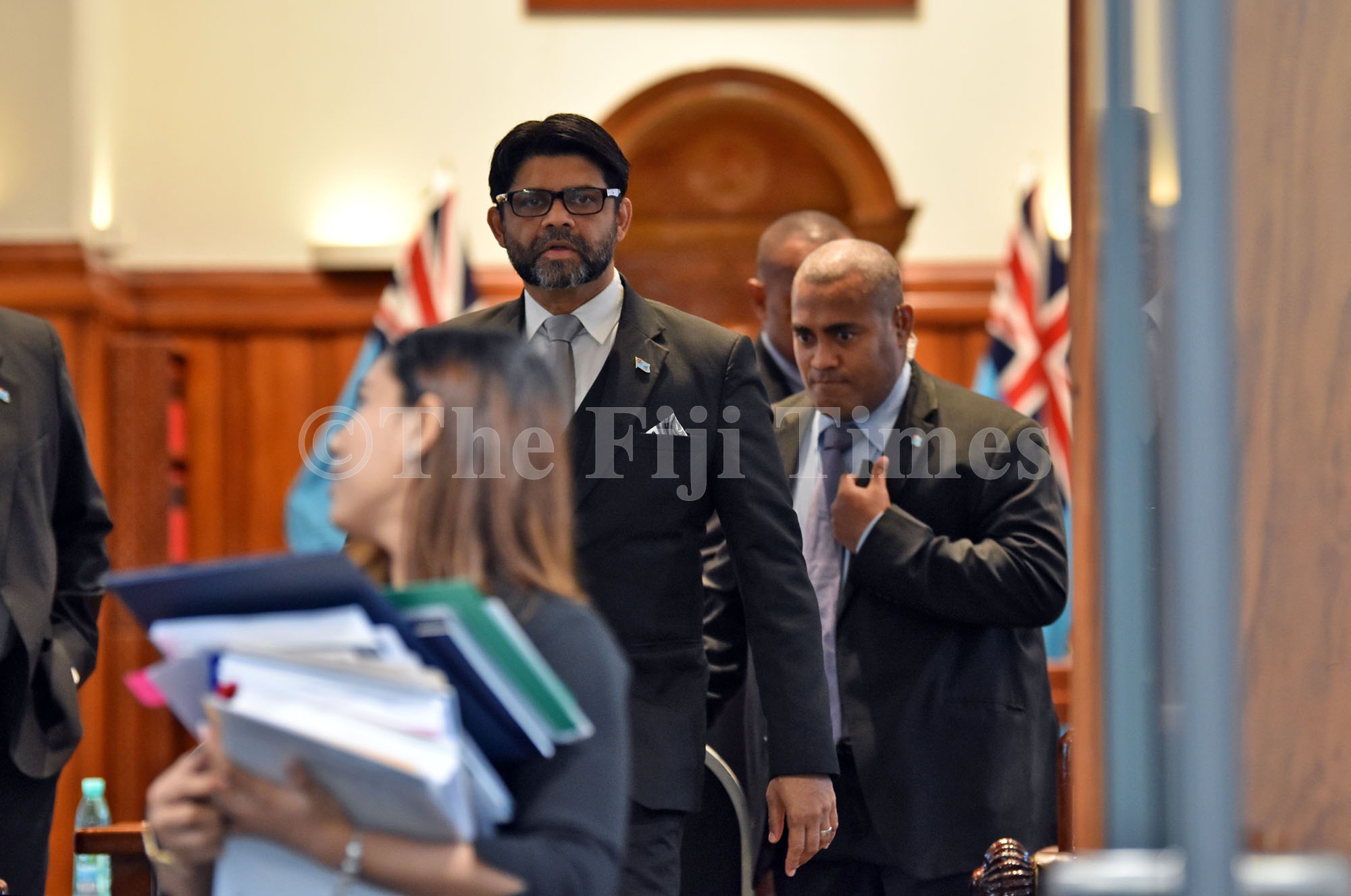 Attorney General Aiyaz Sayed-Khaiyum during break between sessions at the Parliament complex in Suva on Tuesday, May 14, 2019. Picture: JONACANI LALAKOBAU

ATTORNEY-GENERAL and Economy Minister Aiyaz Sayed-Khaiyum has been accused of misleading Parliament in an abuse of power allegation where he authorised the payment of $4.6million to ‘propaganda mercenary’ – Qorvis. The allegation was made by Opposition leader Major General (Ret’d) Sitiveni Rabuka yesterday. He called for disciplinary action for the abuse of power and breach […]