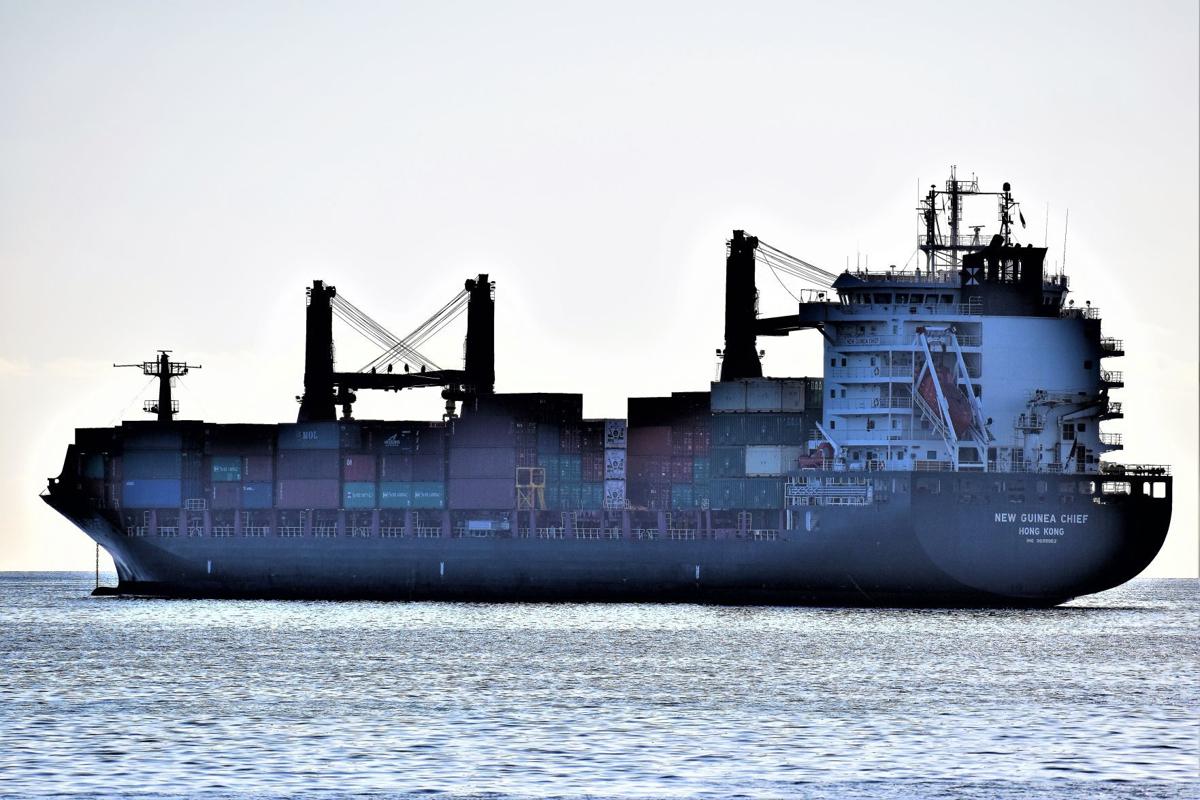 PORT VILA, 30 OCTOBER 2018 (VANUATU DAILY POST) – A container ship has been advised by Biosecurity Department to leave port and be in anchorage in Port Vila Harbour instead of being at the wharf.

Biosecurity Director Timothy Tumukon told Kizzy Kalsakau from 96 Buzz FM that they have found beetle, moths and species of ants found on board alive, which is why the precautionary approach was taken.

The container vessel is the New Guinea Chief.

A species of rhinoceros beetle was found on board.

“Having noticed the organisms today, we also note that the ship was already here since yesterday.

“So our action is a bit late at this time, but still we have sent the ship out and we’re trying to do all we can do today to make sure we contain the organisms on board.

“We have visually inspected these organisms and have confirmed there some beetle organisms, some moths and some species of ants were found on board.

“We cannot confirm at this stage what species of beetle, moths or ants.

“We are taking all the precautions we can because the ship has come from the northern part of the pacific in areas that we have known that have a species of rhinoceros beetle that is causing chaos to coconut trees,” Tumukon said.

He said they are yet to determine whether it is the rhinoceros beetle is the damaging species that is present in countries such as Samoa or the bio-type found in Guam, Papua New Guinea and Solomon Islands.

Biosecurity and Customs officers went on board  Monday with a local pest control company assessing what the next steps will be in terms of conducting a containment operation.

Tumukon said there are several forms of containment activities such as use of canisters in rooms and chemical treatment on the surface of the vessel.

He said there are options in this case and they are treating it with caution, taking into account the trade implications involved.

This is not the first time for live organisms to be found on board a vessel.

However, Tumukon says this is an unusual one because it has several species of organisms from different insect groups.

He says it is a worry because it reflects the conduct of quarantine undertaken in the previous ports visited by the vessel.