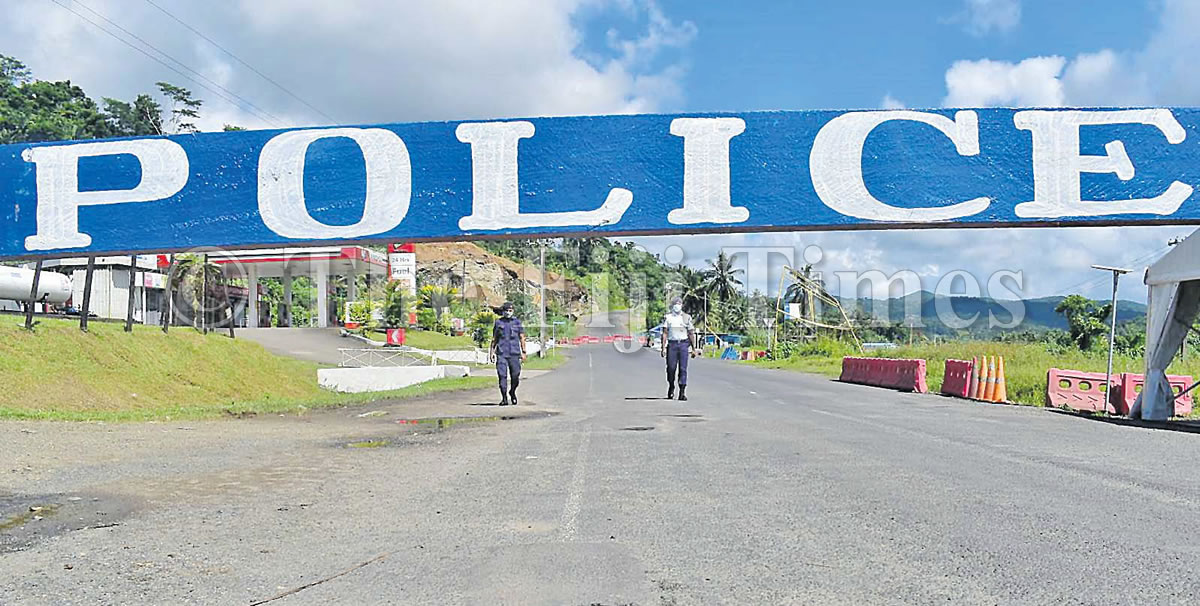 Fijian authorities are being urged to go to a broad lockdown with its containment of community transmissions of COVID-19 in dire straits and worsening.

Fiji’s Ministry of Health reported its largest single increase in case load from community transmission in a day, 18 in the morning and another six by evening, on May 24.

All this with some 11,000 test swabs awaiting outstanding results from Australian labs, while many citizens remain ambivalent to the urgency of new norms.

Experts and political pundits are arguing that more is needed and urging Fijian authorities to go to a broader lockdown within Viti Levu, Fiji’s most populous island and home to 70 per cent of the population, that is about 600,000 people.

“If the MOH is not able to determine the link between isolated pockets of COVID-19 infections and a known source, of which Fiji has had more than a few occurrences now, a broad lockdown of Viti Levu may be the way to go,” advises former Dean of the Fiji School of Medicine and Advisor to the United Nations Population Fund Asia Pacific Regional Office, Dr Wame Baravilala.

“A comprehensive lockdown ought not to restrict citizens singly, or in very small family groups, with masks worn properly, from visits to supermarkets and pharmacies for food supplies, medication and other essentials, as is the practice in developing countries with larger numbers of daily community transmission.

“However, such trips to supermarkets and pharmacies need to be carefully monitored by trained security personnel, with citizens required to use sanitisers when entering and leaving premises, physical distancing inside, no gathering in groups outside, limited capacities in closed premises and so on,” says Ms Jalal.

Fiji, since its second wave of community transmission began has experimented with various degrees of lockdowns, curfews and encouragement of changed social norms as it works to contain further community contagion.

The call for a broad lockdown has had mixed support from Fiji’s business community. Suva Retailers Association president Jitesh Patel, suggests a complete shutdown is critical in order to ‘flush COVID-19 out of the community, as the economy will continue to get affected if cases come up every day’.

Others such as Nadi based private medical practitioner and LBGTQ advocate Dr Isireli Biumatotoya Leli Darling, advocates strongly against a hard lockdown saying to do so would close down even more small and medium sized businesses already struggling to survive, pushing more into hardships.

Various Suva based supermarkets have been shut, decontaminated, and reopened since last Tuesday (11/5) as staff continue to test positive with COVID-19, with Mr Patel expressing concern that if outlets remain open they could become super spreaders if necessary measures are not taken.

“Deep clean sanitising of such premises is needed every few hours as is the practice in Seoul.

Women with children who have no one to look after their children, the elderly, and people with disabilities, need special assistance and support, while shopping. South Korea should be looked to as a precedent,” says Ms Jalal.

“The education of citizens is a critical component of such limitations on restrictions, and cultural restrictions are legitimate within this current milieu, including religious services, funerals and so on,” she adds. A deeper lockdown would certainly cause further short-term suffering.

Rumours and the coconut wireless guides consumer behaviour in Fiji, before official announcements are made, leading to panic buying with mile-long queues evident at local supermarkets, with often only a casual attempt at physical distancing in most places.

The Fijian Government will need to be adequately prepared to supply food to the tens of thousands unemployed or poorly resourced.

Dr Baravilala urges the Fiji Government to give enough notice to the population of any further impending lockdowns, and citizens to take responsibility and ensure they have adequate food supplies, medication for the sick, and all the domestic requirements for the 14 or however many days the authorities deem necessary to contain further community transmissions.

A complete lockdown of Wuhan City by the Chinese Government was cited as an example of tough but necessary example of containment by Dr Baravilala and former Wuhan based Fiji-student Varun Kapoor.

When COVID-19 first hit Wuhan the Chinese Government responded by locking down the city and other large cities in Hubei Province from January 23 to April 8, 2020.

Kapoor reflecting on his student days during the pandemic in Wuhan at the time, in a Devpolicy article wrote: “It amazed me that the Chinese Government was able to lock down a city of 11 million people in less than 12 hours.

This was only possible due to the unchallenged control China’s communist government has.

International media reported that this was a draconian and extreme move, but personally I felt that it was necessary to control the spread of the virus. Of course, through the course of the year, many countries have since adopted similar measures.”

“Even WHO said the move was in excess of what they suggested but it got the job done — COVID-19 was brought under control.

If the Fiji MOH is telling us their staff are already stretched, we may not have any option but to impose a firm lockdown in Viti Levu,” added Dr Baravilala.

While an island-wide lockdown will allow control on community transmission in the short to medium term Fiji, says Dr Baravilala, needs to vaccinate its population urgently so it can confidently say it has herd immunity in the long term.

The New Zealand Government is supplying 500,000 AstraZeneca doses for 250,000 people, while Australia has donated 10,000 doses and has promised more. Vaccination is the key.

“Perhaps development partners can get together and use non-utilised funds from their programs last year and so far in 2021 to purchase additional vaccines to ensure Fiji does get up to 85 per cent coverage”, suggests Dr Baravilala.

“I don’t know if there will be sufficient timely supply under Covax but other western countries with excess stock might be willing to sell their supplies which are soon to expire.

Apart from the donations from Australia and New Zealand, Fiji should be able to handle the WHO approved Sinopharm COVID-19 vaccine (currently being used in the Solomon Islands) and the Johnson & Johnson vaccine which has the additional benefit of requiring just a single shot,” he added.

Neither mass vaccination nor a lockdown will work on their own. Together, they just might.

“Is there political will to impose this lockdown? “Perhaps not, says Dr Baravilala, but we are short of options”.

In his press statement announcing the 24 transmissions on May 23, the permanent secretary of Health, Dr James Fong appealing to Fijian citizens for discipline in ‘observing common-sense practices’, cited that a number of recent cases had acknowledged that they hadn’t observed proper physical distancing as they moved around the community attending social events ‘such as grog parties’.

In Dr Baravilala’s analysis many Fijians probably do not think COVID-19 is a serious cause of illness, disability and death.

They think the images they see on the news of the COVID-19 affected sick and dying overseas cannot happen in Fiji.

Convincing people to trust public health authorities and in the science behind COVID- 19 as a super killer requiring changed social norms and behaviour seems a battle in a nation where many believe that their God is Fijian and thus their risk of contagion low.

“The Nation seems to have forgotten that an estimated 40 per cent of the indigenous population died from the effects of measles and influenza at the end of the 19th Century and the beginning of the 20th.

The effects of COVID-19 now mirror the consequences of measles and influenza when it first hit Fiji more than a century ago”, says Dr Baravilala.

“That call by some Fijians about God coming to protect us reminds me of the story of the man who died in a flood and on arrival in heaven asked God: “Why did you let me die in the flood? God said to him I don’t know what else to do.

I sent you three men in dinghies to rescue you from the storm and you kept telling them I’m OK thank you, God is going to save me”.

Appealing to the Fijian public Dr Baravilala reminded Fijians that God helps us through the scientists, doctors and nurses that are trained to treat and heal us, but remember to wear a mask and maintain a safe distance.

Open your eyes and welcome them with open arms too, but remember to wear a mask and maintain a safe distance.

And if indeed Fiji goes through a broad lockdown, as the good doctor puts it, — “it is short term pain for long term gain”.