A beloved son of Fiji 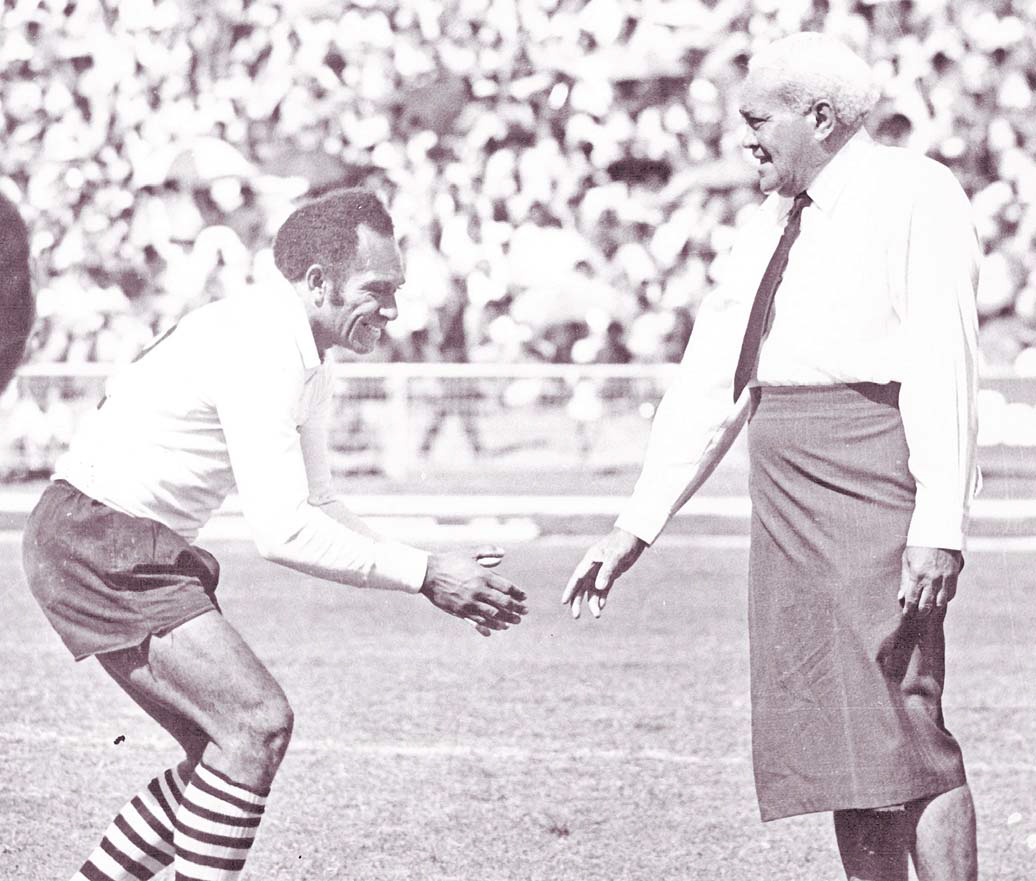 Bula readers, this week I thought I would interview a man known to many of us for his excellence in many fields.

In public office he served as director of Town and Country Planning and permanent secretary for Urban Development, Housing and Social Welfare.

He then went on to become Fiji’s ambassador to the US and Mexico, and upon returning after his five-year stint became permanent secretary for Tourism, Transport and Civil Aviation.

This then led him to becoming Minister for Health, and then Minister of Tourism.

Finally his last public appointment was to become Speaker of the House in which he presided over Parliament.

This gentleman is of course Pita Kewa Nacuva, a man who has risen to the pinnacle of both the sporting world and political office.

Here is a question and answer interview I conducted with Pita when we met to discuss his esteemed life journey.

PKN – Ajay I was born in Korotogo Village and then moved to Toorak in Suva, where I attended Suva Methodist Boy’s Primary School and then went onto Lelean Memorial School.

ABA — Is this where your illustrious rugby career began?

PKN — Yes it was, I was fortunate enough to be picked to represent Fiji Secondary Schools team, which is basically a Fiji reps under 18s team and we toured both Tonga and Samoa. To be honest I didn’t think I was worthy enough to represent my country, but through gods grace I was given the chance to perform.

ABA — Pita what did you ultimately decide to do, either further your education or continue your sporting career?

PKN – Both, I decided to pursue my academic career firstly by attending Victoria University in Wellington, New Zealand. I also continued to train and play both volleyball and rugby at the top level.

ABA — Upon your return from Wellington both your public service career and sporting career excelled, tell us about this?

PKN — Upon my return I was serving in the civil service in various capacities and once again able to resume both my rugby and volleyball career. Once again through God’s grace I managed to become captain of the Fiji national rugby team and also captain Fiji’s national volleyball side.

PKN — Firstly my three sporting heroes were Josefa Levula who was one of the most accomplished rugby players I have ever seen, he was a fantastic winger and I always dreamed of emulating him. My second hero was Vuata Naresia he was a Fiji national rep who played number 7 and what a force he was on the field and a gentleman off the field. My final choice is Jerry Tuwai, I have been involved in rugby for many years and as a former captain have to say I admire the fact that he is cool, calm and also very humble, but once on the field can ignite the field of play. My choice for statesman and political figures would be firstly in no particular order as they are all equally great, Ratu Sir Lala Sakuna, because of his humility, next is Ratu Sir Kamisese Mara who was an inspiration to me and Fiji’s most respected statesman. Lastly Ratu Sir Penaia Ganilau, because to me he was like a father figure and all three of these men had one thing in common and that is integrity.

ABA – Finally Pita, tell me what inspired you and helped you to achieve so much for one person during your life journey?

PKN — I attended Suva Methodist Boys’ Primary School for eight years and everyday  when I entered the premises it said on the board above us ‘Enter to learn’ and upon leaving school the words we all saw
were ‘Go forth to serve’ I kept these two sayings very close to my heart and through God’s grace I hope I managed to make a small contribution to our beloved nation through both sport and public office.