A beacon of hope 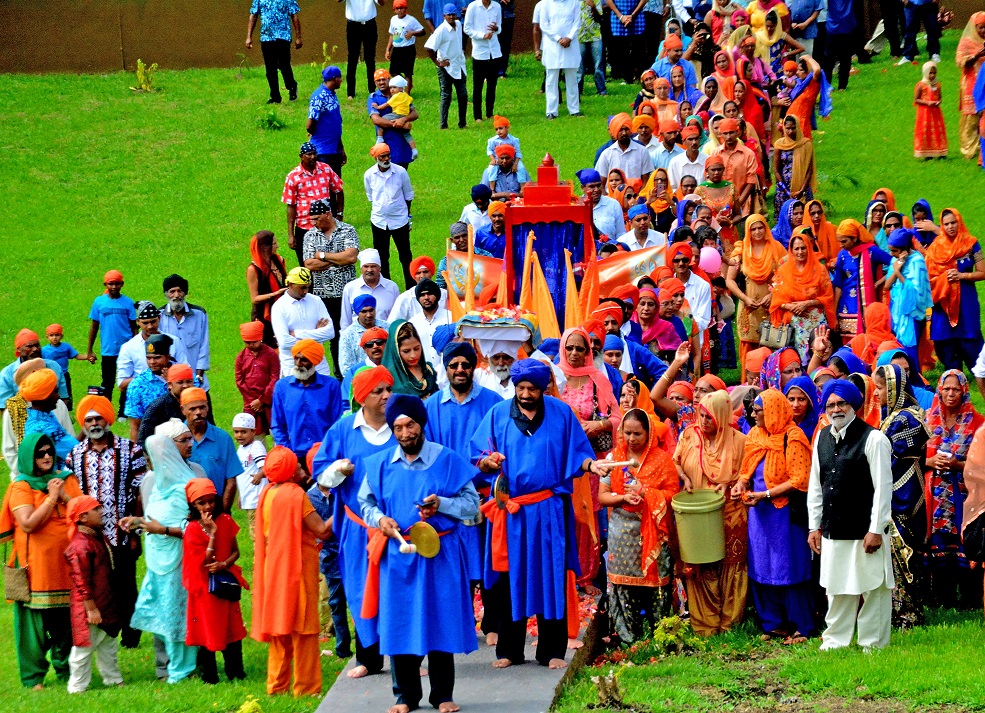 LOCATED on a hilltop in the heart of Samabula, Suva, lies the Gurudwara Sahib.

Today it serves as a centre of worship for the Sikh community, but during the colonial era, the temple was a beacon of hope for indentured labourers from India.

Established in November, 1923, the temple is listed as a national heritage site under the National Trust of Fiji.

It accommodates thousands of Sikhs from our Punjabi community within the Suva–Nausori corridor.

An elder of the community, Hardayal Singh, 70, said the gurudwara was among one of the first Sikh temples built outside of Amritsar in the state of Punjab, India — the home of the Golden Temple, which is the focal point of all Sikh temples across the world.

“This was when a group of people thought there was a need for a place to provide them with shelter and food before settling into society. When a ship used to come from India, there could be an average of five hundred people, so that’s when the idea to establish the Suva Gurudwara Sikh temple came about to help the needy people.”

Mr Singh said it later served as a place where indentured labourers could find accommodation and food when they travelled to Suva from the Western Division.

“So when Sikhs or non-Sikhs travelled down to Suva, they knew this was a place to find shelter and food.

“You see there is a Sikh flag in front of the temple, the idea of this flag comes from the tradition that when people see that, they identify that it’s a Sikh temple so if they are thirsty, hungry and want shelter, this is where they will receive it.

“This is where our beliefs are founded. This is the second Sikh temple built outside India.

“This temple was built from scratch from the sacrifices made by the Sikhs working at the harbour and in town at the time who earned around 20 pennies a day.

“Every time they received their salary, they would buy bags of cement and carry them on their shoulders and they would drop them off here and then they would walk home since most of them were staying in Tamavua, this was how it was built.”

Mr Singh said the temple was originally constructed based on Greek architecture, which is clearly visible on the frontage.

“For the first time we are giving it a new look since its establishment 96 years ago with the inclusion of domes from Amritsar, Punjab in India.”

The temple also features a deep well adjacent to the foundation of the main building which holds a reservoir of water underneath the gurudwara.

Mr Singh said the reservoir was considered a blessing because it did not affect the foundation of the temple.

“During shortage issues, water was collected and dispersed from the well to supply residents of Samabula during dry seasons and natural disasters.

“This was in the early ’60s before Government started providing proper piped water to Suva residents.”