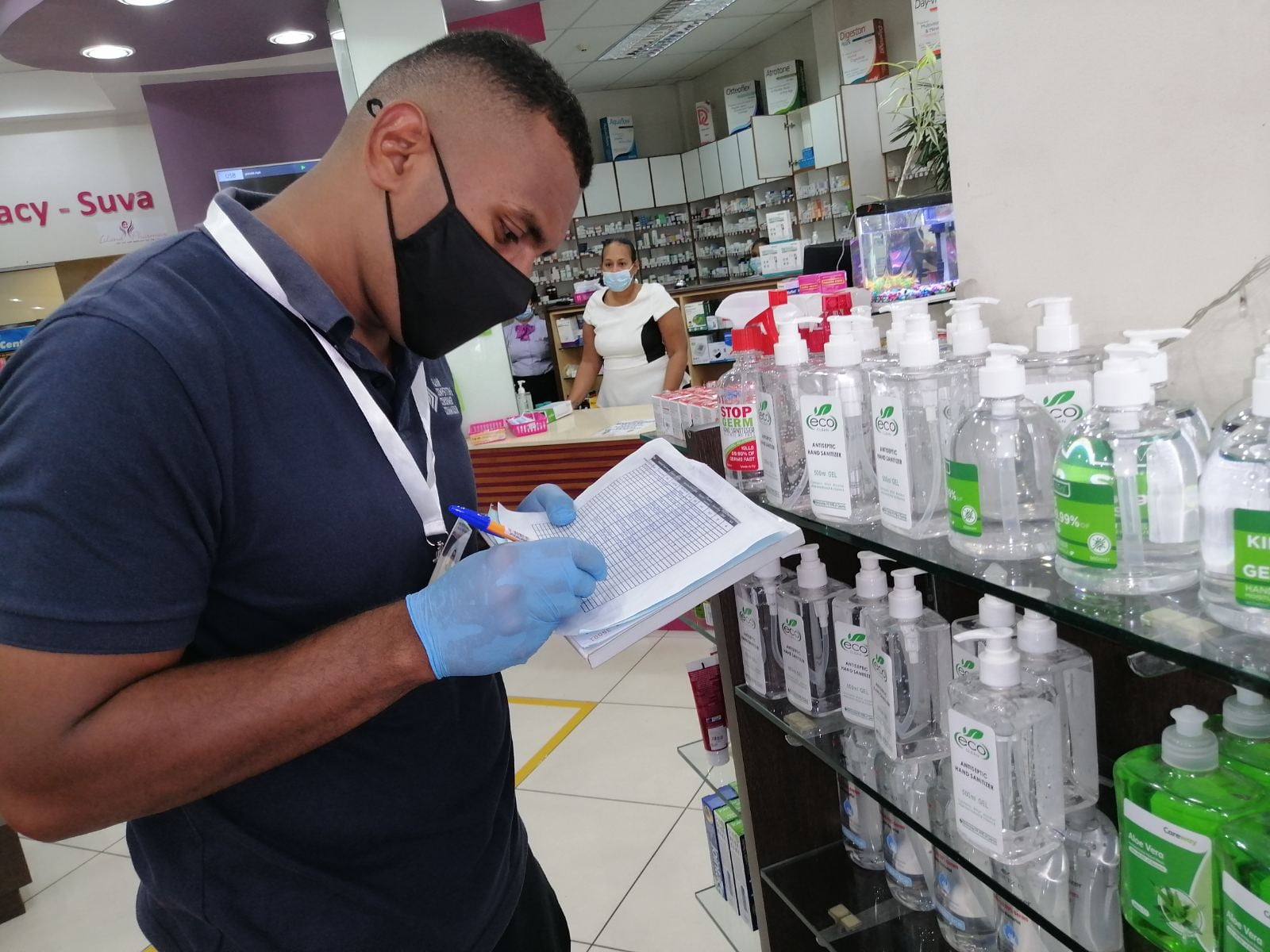 An official of the FCCC special response team conducting an inspection at a pharmacy in Suva. Picture: SUPPLIED/FCCC

The Fijian Competition and Consumer Commission has noted 97.7 per cent compliance among traders.

According to FCCC chief executive officer Joel Abraham 54 warnings have been issued for prosecution for the remainder of those who were not in compliance.

Mr Abraham said there were 11 instances of alleged price gouging during the course of inspections, and each case was currently under investigation.

“This includes cases regarding increase in the price of sugar,” he said.

“The complaints were attended to immediately and as a result two traders have been warned for prosecution.”

“COVID-19 may have affected how businesses operate, however the legal requirements for prosecution remain the same and we cannot compromise on these.

“We have always accorded the process of natural justice and are thoroughly investigating such cases.

“We continue to stress that no one who behaves unethically will get away with it.”

Apart from routine inspections, FCCC officers were stated to also having been engaged in the surveillance of stock and supply for essential items, as well as enforcing COVID-19 health and safety measures.