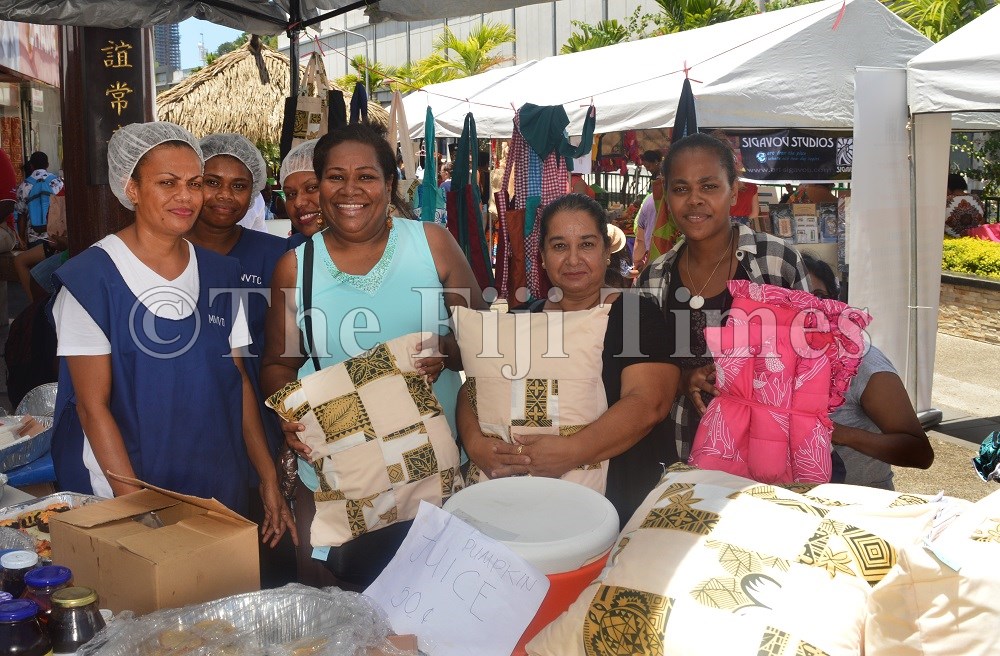 ABOUT 920 women have graduated from the Makoi Women’s Vocational Training Centre since 2015 with 80 per cent success rate of graduates starting their own business.

Members from the centre were at the Women Entrepreneur’s Business Council (WEBC) Entrepreneurs Trade Show held at the Terry Walk in Suva on Saturday.

Centre manager Shazna Khan said they joined the WEBC in December last year and since then members had been part of the workshops and other activities held by the council.

Ms Khan said WEBC was a great platform for women who wanted to start their own business and it provided them with the mentoring and advice they needed to become successful entrepreneurs.

She said whatever the students learnt in eight weeks of the course, they showcased at the trade show.

On display at their stall were items such as pillow cases, dresses, cushions and pickles and other savories made by students from the centre.

Ms Khan said they had received a great response from the people who came to their stall on Saturday.

“The pastries made by the ladies were all sold out and people bought most of the clothes and cushions,” she said.

She said there were 43 students altogether at the centre taking courses in sewing and cooking while an additional 22 students were enrolled in their newly introduced care givers course.

The centre will have its open day next month whereby members of the public will get the opportunity to see the work the students are doing and the products made by them.