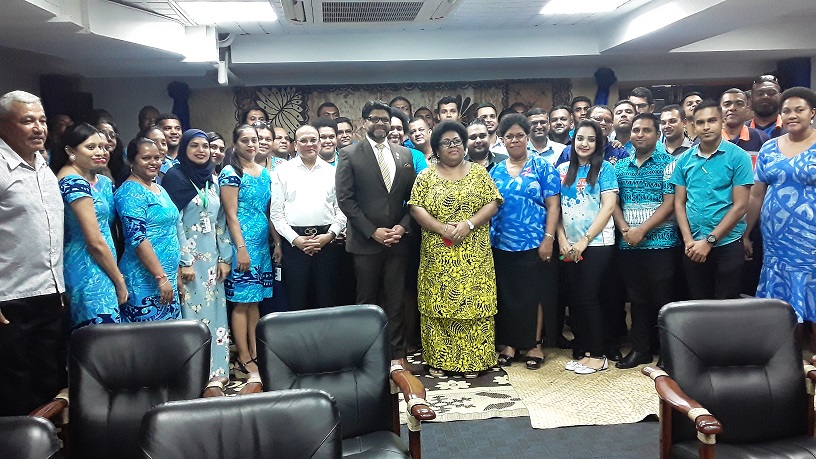 The staff and board members of Energy Fiji Limited with the Attorney-General and the Minister for Economy, Civil Service and Communications Aiyaz Sayed-Khaiyum. Picture: ABISHEK CHAND

AROUND 813 staff from Energy Fiji Limited (EFL) will receive a bonus payout this Friday and next Monday as the company records a performance payout of $1.9million.

Attorney-General and the Minister for Economy Aiyaz Sayed-Khaiyum made this announcement today saying 70 per cent of this would go to the salary and wage earners, which was around $1.4million.

He said this year had been a momentous year for EFL as last year the company had a name change and in 2019, they got a new shareholder.

“So government now is not the only shareholder in EFL and all of you, in fact, have become shareholders again for a second time,” Mr Sayed-Khaiyum said.

“The way that it works is of course every single person that owns an electricity domestic account is a shareholder now.

He said people would soon be able to trade on those shares once it got listed on the stock exchange.