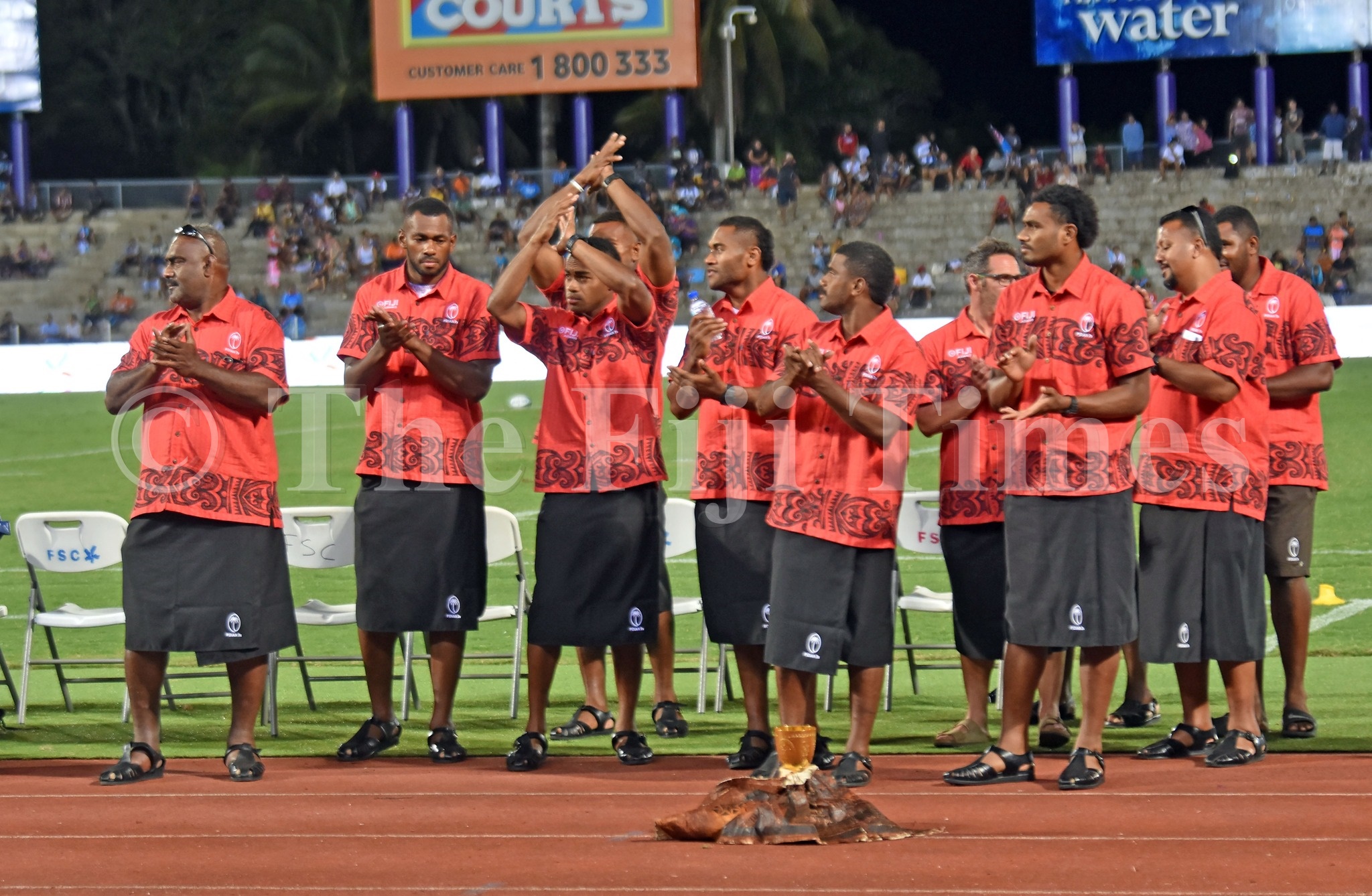 Fiji 7s players with the Rugby World Cup trophy during as they acknowledge the crowd during the celebrations at the HFC stadium in Suva on Friday, September 16, 2022. Picture: JONACANI LALAKOBAU

A Suva-based company’s offer to gift members of the Fiji 7s team residential lots to build their homes after their win in the Rugby World Cup Sevens in South Africa has been withdrawn after the Fiji Rugby Union wanting to cite proper documentations.

China Village Estate Development, on Tuesday, revealed it wanted to honour the RWC Sevens Cup heroes by giving residential lots from their sub-division at Lokia in Rewa.

The company offered to gift 14 lots to the players plus the coaches which could cost about $2 million.

“It is the gift of the Fijian people to the players and the coaches for winning the Melrose Cup,” he earlier said. ”

It is for them and we are trying to enter into agreements with relevant authorities to complete all dealings including the Fiji Rugby Union.

This is for the players, especially when most of them are unemployed and for their after-rugby benefit.”

The hand-over was planned for Thursday at Nadera, Nasinu, but correspondence with the FRU after The Fiji Times broke the news, had not sunk in well and the offer was cancelled by the company.

The Fiji 7s team regained the Melrose Cup after beating New Zealand 29-12 in the final.