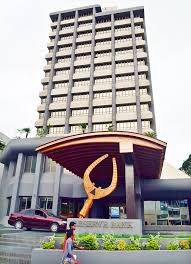 This was highlighted by the Reserve Bank of Fiji’s economic review of March.

It also stated domestic credit decelerated to 1.5 per cent over the year to February, which was because of reduced lending to the private sector (-4.0 per cent), reflecting the elevated credit risks.

These were also said to have mirrored in the 22.4 per cent annual contraction in new lending by commercial banks’ cumulative to February, as lending to the wholesale, retail, hotels and restaurants, real estate, and the private individuals category, declined.

The Nominal Effective Exchange Rate (NEER) index was higher over the month (0.1 per cent) and year (1.0 per cent) in February which indicated a strengthening of the FJD according to RBF.

The Real Effective Exchange Rate (REER) index was stated to be lower over the month (- 1.5 per cent).

However, according to RBF the REER noted a marginal increase (0.6 per cent) over the year which indicated a slight loss in trade competitiveness, given the gains against the USD and JPY.

Remittances were also said to have declined annually by 1.4 per cent in February, owing to lower inflows from personal receipts (-4.1 per cent) and immigrant transfers (-0.9 per cent).

With regards to the twin monetary policy objectives of the bank, it was stated the outlook for inflation and foreign reserves was stable.

Annual headline inflation turned positive (+1.1 per cent) in February after declining for more than a year. This was largely influenced by increased prices for local fruit and vegetables because of the impact of Tropical Cyclone Ana and the associated floods as revealed in the review.