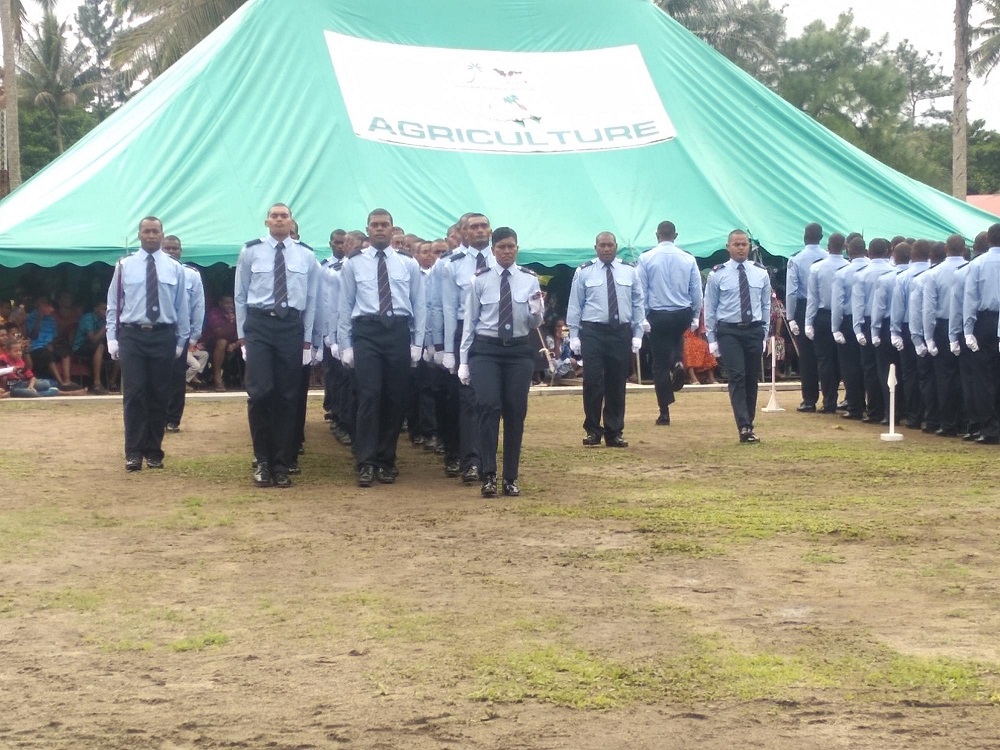 Members of the National Fire Authority newly recruit during their passing out parade at the Naval base grounds at Togalevu outside Lami on Thursday, August 22, 2019. Picture: JONACANI LALAKOBAU

While officiating at the event, permanent secretary for the Ministry of Defence and National Security Manasa Lesuma said today was a special day for all the new recruits.

He said it was encouraging to see the overwhelming support from families who turned out in numbers to witness the passing out of their sons and daughters.

“I wish to congratulate each and every one of you standing on the parade this morning,” he said.

Mr Lesuma said the 10-week basic recruitment training would boost the new officers in their field of work.