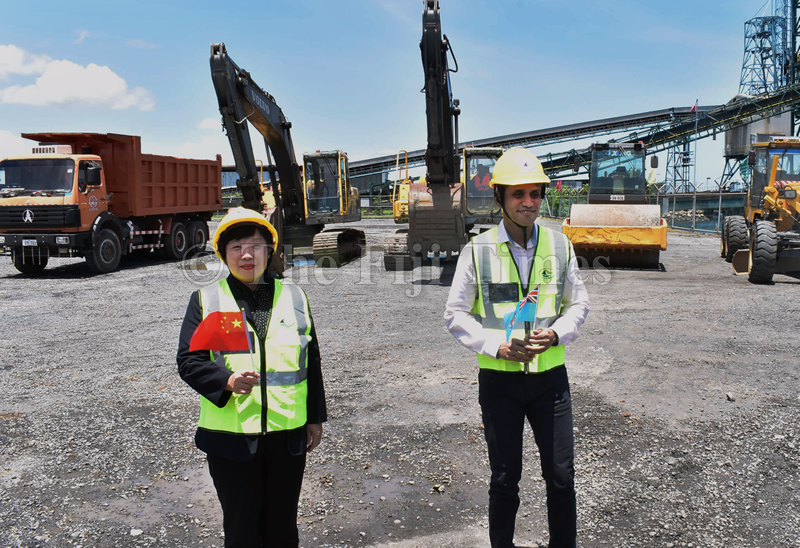 Import and export trade between China and Fiji last year was US$346 million, an increase of 63.8 per cent.

This, according to the economic and commercial counsellor at the Chinese Embassy in Fiji, Li Zhi.

She made the comment at the groundbreaking ceremony of the $8.2 million upgrade of the Yard 3 facility at the Lautoka Wharf yesterday.

She said despite the significant impact of COVID-19 on global trade, bilateral economic and trade cooperation between Fiji and China remained “basically stable”.

Ms Zhi said having an international standard container yard was important for Fiji as it engaged further, and participated in, economic globalisation.

“The participation of Chinese companies in Fiji’s national modernisation drive will surely promote the development of bilateral trade,” she said.

Ms Zhi said project contractor China First Railway Group (CFRG) established business in Fiji in 2008 and had made significant contributions to infrastructure development in the country including the Nabouwalu Rd, several bridges and housing projects.

“I would like to specifically point out that Chinese companies, including CFRG, are true friends of the Fijian people.

“During the (COVID-19) outbreak, CFRG continued to hire all its staff without reducing working hours or wages.”