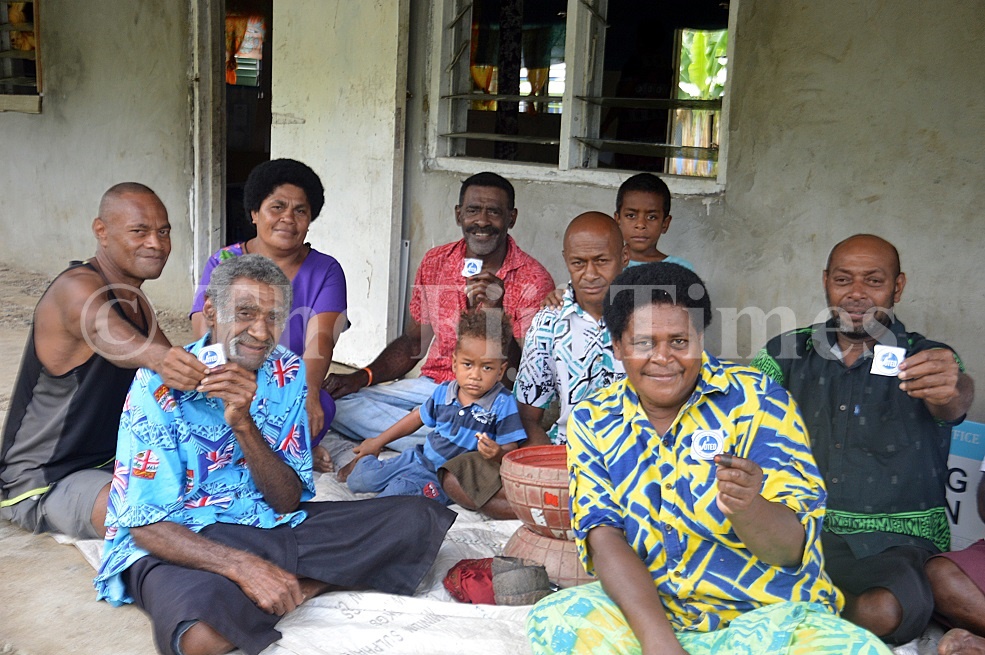 Villagers of Natawa, Nadi are all smiles after casting their vote yesterday. Picture: SITERKI SAUVAKACOLO

Natawa villagers in the Nadi highlands were happy to cast their votes during pre-polling for the 2022 General Election held in their village yesterday.

Village headman Manoa Lenakuru said voting was critical for more than 100 villagers considering the remoteness of their location and the challenges they had to endure over the years.

“We are voting, hoping that one day our voices would be heard,” he said.

“Most of us in this village have always looked forward to casting our votes because it is our only way of expressing our voice and we are glad to be able to do that once again today (yesterday).

“Whether development reaches us or not, we will continue to exercise our right to vote because we feel this is the right thing to do.”

Mr Lenakuru said the village, located at the foot of the Nadi highlands, had, over the years, been denied basic development.

He said access to better roads was the main issue villagers had been highlighting for many years and they hoped that it was through voting such issues would be looked into by national leaders.

About 76 villagers and those living in the three farming settlements cast their votes yesterday.