600 plants uprooted in Kadavu believed to be marijuana 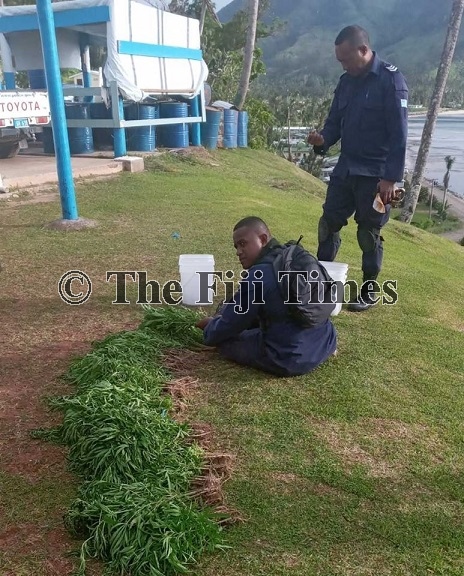 Green plants believed to be marijuana from Nauciwai village in Kadavu. Picture: SUPPLIED.

Police discovered more than 600 plants from a farm at Nauciwai village in Kadavu last Friday which is believed to be marijuana.

According to Police, the plants were uprooted by the Special Operations team and has an estimated value of close to $1 million.

The owner of the farm has yet to be identified as investigations continue.

Meanwhile, the Eastern Division Task Force team together with the K9 Unit upon information received raided a house belonging to a 54 -year old man of Raiwai in Suva over the weekend.

The team during the raid found more than $800 which was believed to be from the proceed of sales of drugs.

According to Police, the suspect during the search informed the team that he kept some drugs at his mother’s place and upon searching, two cartons of loose dried leaves believed to be marijuana, another big plastic of dried leaves together with the digital postal scale electronic machine were discovered.

The suspect is in custody as investigations continue.