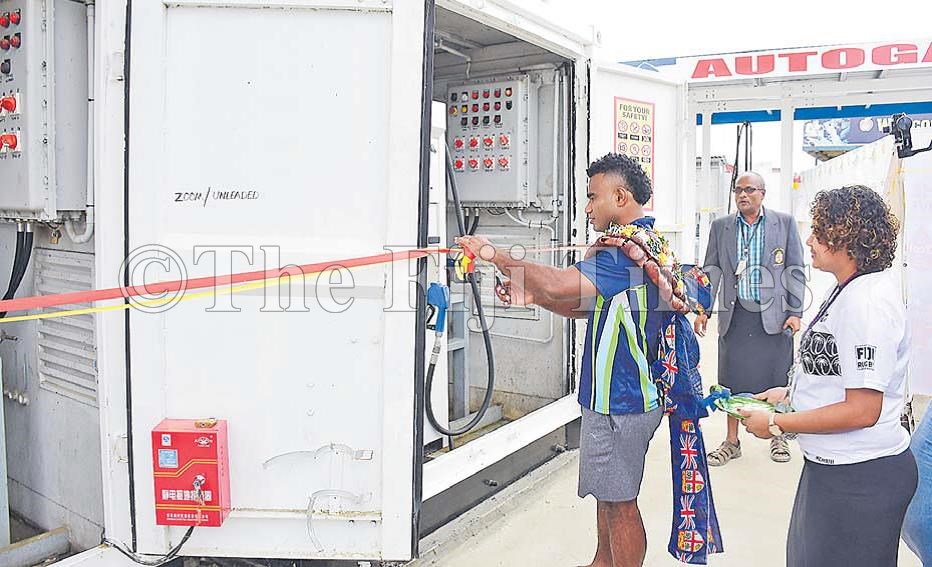 According to manager Rajendra Prasad, the storage capacity of the fuel cost about $35,000 and the whole setup was in the vicinity of about $15,000.

“This service station was here before but in the last three months they shut down and moved out,” he said.

“I realised though the sales of my supermarket business went down but with this up now, it’s going to be the third service station in Korovou, it’s going to really help in terms of competition wise for the people and I think a lot of people prefer this because it’s above ground and the fuel is very clean.”

Mr Prasad added the fuel was supplied by Pacific Energy (SWP) Ltd and was also working with Blue Gas as well.

“This business started back in April of last year, it’s only been 15 months now since we opened and I think with the support of the landlord we thank you so much for giving us the opportunity to open business in your complex.

“We have introduced certain aspect of the business and we are still adding on to a few different services,” he said.

Store manager Setal Chand said this location was chosen as it was far from Korovou Town and less congested for the shoppers.

“If you want to open this supermarket in Korovou Town you will not find any location that is suitable.”

The customers who would come to the complex are locals from around the area while some would come all the way from Rakiraki and Suva as according to Ms Chand it was because of the exclusive fruits which they exported from overseas.

“There is the supermarket, bakery and then there is also Gokuls outlet which is all under Mahen Prasad. There are 20 staff right now but we will increase it in the future because of Gokuls and the service station.”