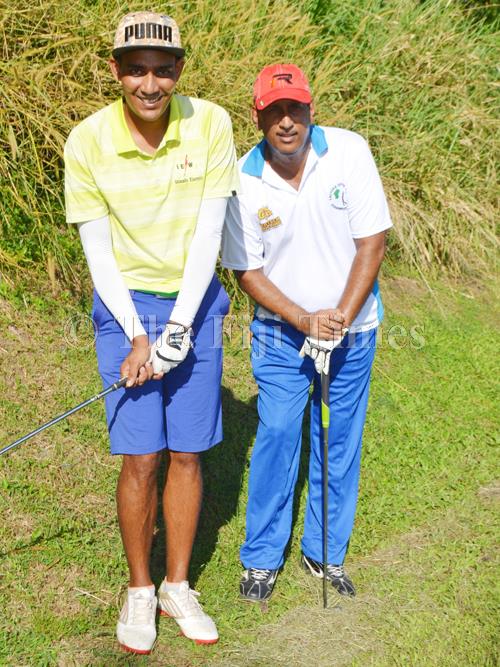 RONEEL Prakash and Raymond Singh completed the Mahen Gopal & Anita Persaud of Canada-sponsored 8th and final edition of the two-men 18 holes Stroke Ambrose Event in style at the Lautoka Golf Club course last Saturday. A 10-under par 57 saw the duo secure a convincing five-shot win against James Krishna and Abdul Jalal who settled for second position on 62 points.

The nearest to pin award (NTP) on the second hole went to Vinesh Murthi and Vikash Chand on the ninth hole.

Roneel Prakash won the longest drive on the third hole. Prakash and Singh’s victory was their second and they are in good form for the upcoming 2018 season opening Pro -Am tournament on Saturday.

“The golf course is in top condition,” Singh said “LGC thanks Mahen and Anita in sponsoring the eight editions of the successful two-men Ambrose format golf.