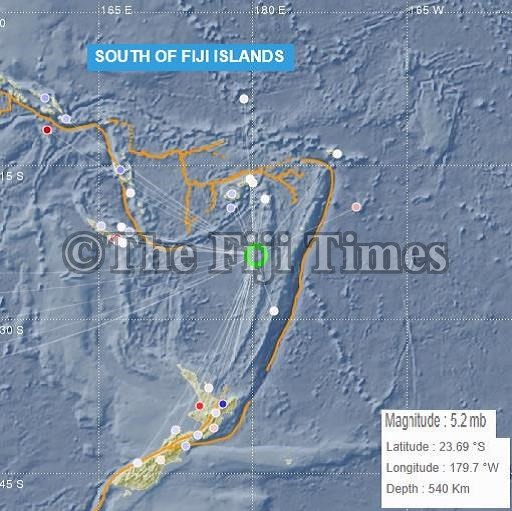 The map showing the epicentre of the earthquake that was recorded in the Ono-i-Lau region this afternoon. Picture: SUPPLIED/Mineral Resources Department

A 5.2 MAGNITUDE earthquake was recorded from Doi Village in the Ono-i-Lau region this afternoon.

The Seismology Unit of the Mineral Resources department stated the earthquake occurred at a depth of 540km.

It stated the moderate earthquake with deep depth source did not pose an immediate threat to the region.