4000 Fijians to benefit from the new Rewa foot crossing 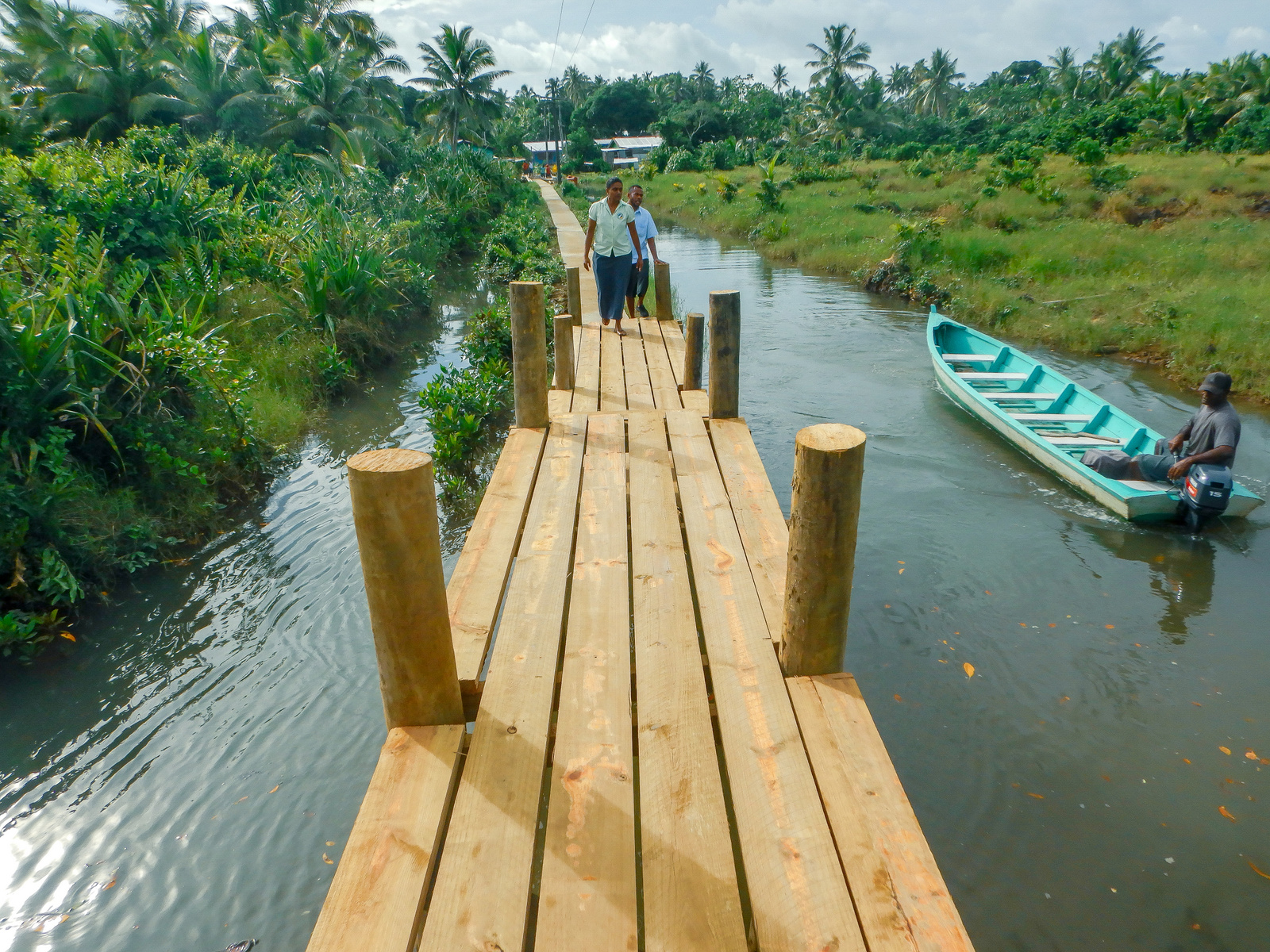 APPROXIMATELY 4000 Fijians from the 12 villages within the Rewa Province will benefit from the new concrete access and foot crossing which was commissioned last Saturday by the Assistant Minister for Rural and Maritime Development, Jale Sigarara.

The Rewa Tikina Access Project that was funded by Government through the Office of the Commissioner Central has lifted the standard of living to the villagers with the provision of accessible and safe access at all times.

School children now walk across the upgraded footpath on their own with no risks at all.

Disabled people can also utilize the access due to proper footpath formation with easier accessibility and sick to Nursing Station.

While addressing the Rewa Tikina in his opening address, Mr Sigarara highlighted three upcoming projects that will be carried out in Rewa including the new access road from Rewa to Vutia village, a new water source from Viria and Seawall and river bank protection project.