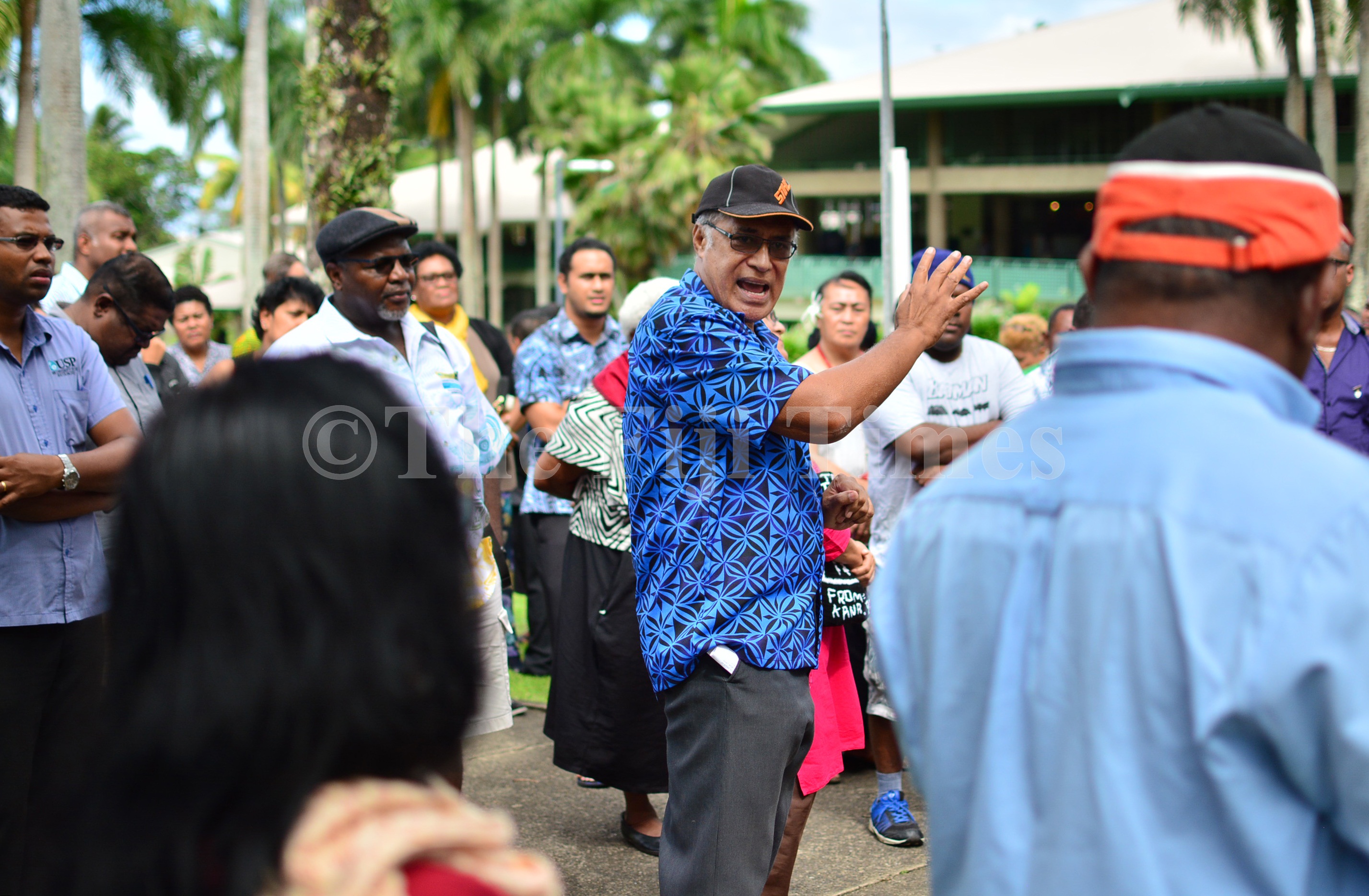 Historian at the Faculty of Arts, Law and Education Morgan Tuimalealiifano addresses the staff and union members of the University of the South Pacific at the Laucala Campus in Suva. Picture: JOVESA NAISUA/FILE

MORE than 400 staff have signed a petition in order to bring back good governance to the University of the South Pacific.

This was highlighted by Senior Lecturer at USP Morgan Tuimalealiifano while responding to this newspaper today.

He said the petition was handed in yesterday as the Audit and Risk committee chaired by Mahmood Khan were meeting earlier today.

He also claimed that during former Vice Chancellor Rajesh Chandra’s term particularly during his last five years many staff has suspected breaches of management and suspected decisions.

“This included over-riding committee decisions and awarding certain individuals with dubious financial pay-out and unsubstantiated promotions with no due process,” he said.

He adds the petition was presented to Acting Council Secretary Siona Koti and had 386 signatures.

“Alafua’s list came last night with 24. Earlier, Savusavu had sent theirs with 5, Labasa with 10. And so the total for yesterday was 429. ”

“Staff expect more this week from the region. The final number is likely to be over 500.”