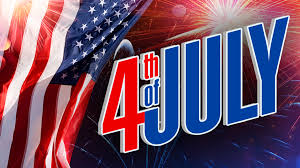 Today is an important day for the people of the United States of America.

Much like our special day on October 10, today, Independence Day or the Fourth of July is significant for Americans.

It means different things for different people. Americans around the world will reflect on many things today, ensuring the day is much more than just a holiday.

However, faced with arguably one of its greatest challenges so far, to stabilise statistics on the COVID-19 pandemic, the US is poised for a memorable year with a major difference.

Today is supposed to be about renewing friendships, strengthening family ties, and for a large number of Americans, appreciating the endless opportunities that exist in the US.

It is a tradition that there would be parades, barbecues, sports events, concerts and lots of fireworks.

For those who are fortunate enough, there is the wonderful experience of American hospitality.

Every American should know that today is a holiday to commemorate the signing of the Declaration of Independence on July 4, 1776, declaring independence from the Kingdom of Great Britain.

The pandemic obviously has cast a bleak look at thoughts of massive celebrations across the US though.

The US is among countries that are recording a surge in new cases, the second wave.

No country on the planet, it seems, is immune to the impact of the virus.

On the homefront, we have a very long and special relationship with the US dating back to the time of Ratu Seru Cakobau.

Our soldiers fought alongside Americans during World War II and in the Pacific campaign, in the Solomons and Guadalcanal.

Many more worked with Americans who were part of units that were based in Fiji during the war years.

Then there are the thousands of Fijians who have migrated to the US to make a new home for themselves, all in the search for greener pastures.

Thousands of them have become useful citizens of the great nation.

Some have gone on to serve in the US Army and many have moved on to make names for themselves in different fields there.

The US offers great opportunities for people around the world who are keen to improve their lives through higher education or better jobs and for many more who are keen to realise their potential in the land of opportunity.

Whatever your take is on US politics and policies, on the Trump administration, the surge in COVID-19 cases, and on other global events, and international affairs, the US remains a beacon of hope for millions of people around the globe for various reasons.

In an ever-changing world, now plagued by the pandemic, the US shares a very important seat with other movers and shakers, one we hope will continue to ensure a balance, that is vital for peace and stability in the world.

To Americans in Fiji, we hope you have a Fourth of July to remember.